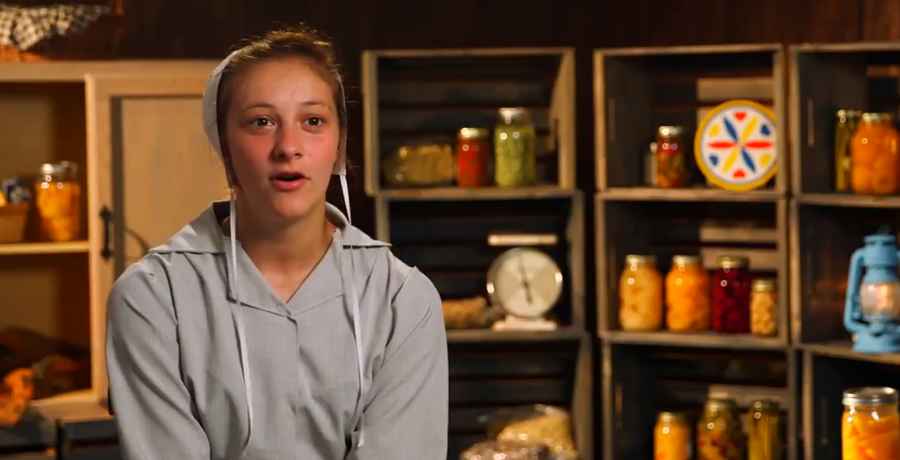 A Return to Amish teaser reveals that Rosanna might not be cut out for the English world. While trying to follow in the footsteps of her cousin, Breaking Amish star, Rebecca, she suffers a scary panic attack. Rosanna lies surrounded by her friends, who are so concerned, they call a paramedic to the scene.

In last week’s episode, Rosanna and Maureen begin to experience the English world, after being brought up in the same strict Amish community. Rosanna panics, thinking about being shunned by her family for wanting to see more of the world.

Will Rosanna and Maureen end up leaving the Amish world?! Tune in to find out in the season premiere of #ReturntoAmish tonight at 9/8c. 😮 pic.twitter.com/ZYbiRK5kIR

In a teaser for Monday’s episode of Return to Amish, Rosanna suffers a scary panic attack. In the clip, we see her lying almost comatose, surrounded by her worried friends. Maureen the moment recalls in a confessional, saying she and Rosanna had just arrived at the house in Florida.

As they arrived, she said Rosanna suddenly had a panic attack. She said it got to the point where she knew they needed to call an ambulance. Meanwhile, Maureen explained that in some Amish communities, people don’t go to the English doctor unless it is something really bad and they have to.

In the teaser clip, it is clear that Rosanna is not well. While her head lolls to the side, she tries to communicate with her friends. However, she can’t feel her mouth or her arm. Sabrina calls for Jeremiah and starts praying over Rosanna. She asks God to please be with her and help her. “Just help her to calm down and help her to know that you’ve got her in the palm of your hand and that everything’s gonna be OK,” she adds. Maureen asks for help to calm Rosanna down and relieve her anxiety, helping her not to worry anymore.

As the paramedic arrives on the scene, Jeremiah takes him to Rosanna. He explains that the Amish girl has had “Almost an anxiety attack.” Jeremiah says Rosanna’s heart is racing and she “can’t feel her mouth and nothing.” Meanwhile, Rosanna finds it difficult to communicate when the paramedic asks what her name is.

Is Return to Amish star Rosanna cut out for the English world?

The scene is so chaotic, Sabrina thinks the situation doesn’t bode well for Rosanna’s experience in the outside world. She says she doesn’t think Rosanna is cut out for the English world. Sabrina says this is a lot of stress on the girl and she doesn’t know if she can pull it off.

Meanwhile, Jeremiah’s wife Carmela agrees. She tells the cameras that she senses Rosanna wants to “go back Amish” as everything was too much for her. Jeremiah says that whether Rosanna wants to or not, he thinks that would be the best thing for her.

Watch the full scary teaser on Pop Culture’s website. Readers can also watch the scenes as they happen on  Return to Amish on TLC, Mondays at 8 pm ET