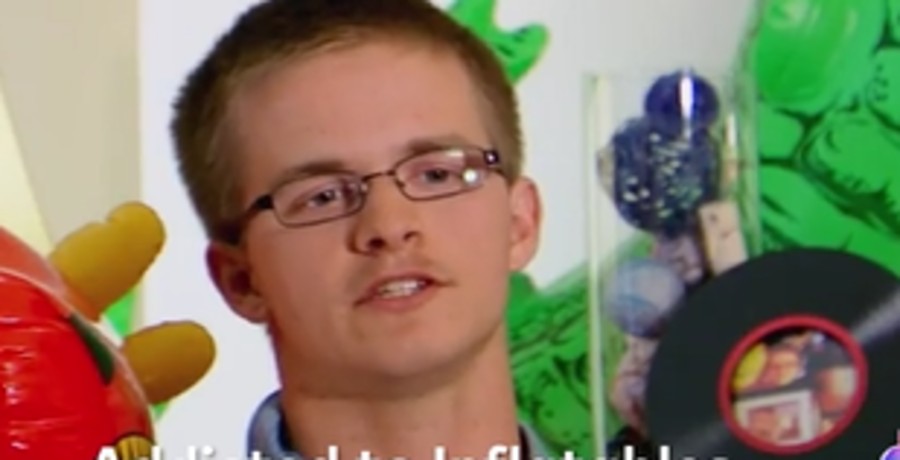 TLC has some amazing shows and they show the human condition like no other. They also can show how strange people can be. On My Strange Addiction, fans will get to see some of the more out-there addictions with it now airing on discovery +.

The show features people in love with and in relationships with objects. These people identify as objectum sexual and one lady, Linda is married to a carnival ride. The show revealed she had also been attracted to an airplane and a train in the past.

Mark had fifteen inflatables he revealed he couldn’t live without. He took good care of each and gave them baths. He had them in his car and around the table while he ate. Of them all, he showed the most affection to a dragon named Leila. He whole-heartedly agreed he would marry her if that was something legal.

One Of The More Affectionate My Strange Addiction Members

Perhaps the most affectionate one of the My Strange Addiction bunch is Nathaniel. He is in love with his car. He kissed it a lot and fondled its steering wheel. There is a video of him lying beneath it and making out with the front bumper as well. Nathaniel said it was love at first sight when he met Chase.

Objects aren’t the only addictions the show covers.  One woman, Shela, had an addiction to her own breasts. She constantly took pictures of them and looked at them in the mirror. The woman actually said she would risk her life to have another surgery as long as she died with her breasts she’d be happy.

You Can See This And More With The Show Streaming Now

With My Strange Addiction, there’s something for everyone. Some of the more memorable episodes according to Buzzfeed include a girl who ate sand, one who snorted baby power, and one who was addicted to being an adult baby. While some addictions are just strange others are pretty gross, so be mindful if you’re eating when watching the show. People struggle to let go of their objects of fascination, because of the comfort it brings them.

The streaming service, discovery + will let you relive all these episodes of MSA and more when you stream them so you will have amazing fodder for conversation at dinner or out at night with friends.

What do you think about people in love with objects? Which one strikes you as the strangest? Comment your thoughts below.