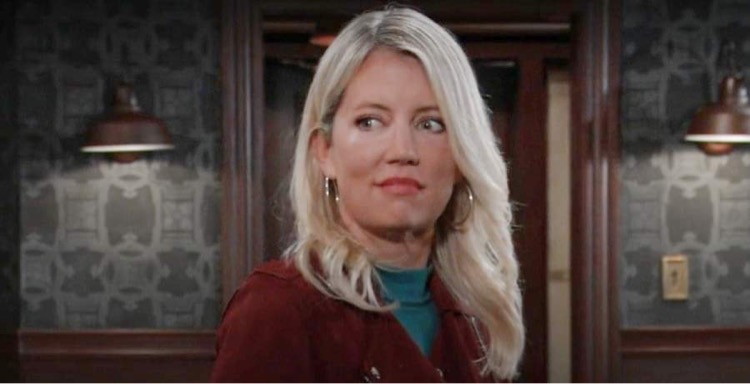 General Hospital spoilers for the week of March 29-April 2, 2021, reveal more of the fallout from Nina’s call to Carly. Nina was ready to do the right thing, but Carly’s attitude stopped her and now her plan is ready to get on its way.

Nina (Cynthia Watros) couldn’t believe it when she saw Sonny (Maurice Benard) standing there at the Tan-O, alive and with no memory. She called Carly (Laura Wright), but Carly was her usual loud and rude self and didn’t let Nina get a word in edgewise. No mind. Nina would just not tell Carly her husband is alive.

This week, the guilt starts to eat away at her. Should she let this man know who he is and let his family know they can stop grieving? Or does she carry on keeping this secret? The two things that stop her from telling the truth are Carly’s attitude and threats and ‘Mike’ telling her he may not even want to know who he really is. Nina rationalizes that she’s actually saving Sonny from his family and from himself and keeps mum about his whereabouts.

Back in Port Charles, Carly has taken over the mob. Both, she and Laura (Genie Francis) deal with Cyrus (Jeff Kober) in their own ways. Laura is surprised when Martin (Michael E. Knight) isn’t on hand to help her out as she expected. Carly gets some updates from Jason and also finds herself working with Anna (Finola Hughes). How will these two even possibly get along? 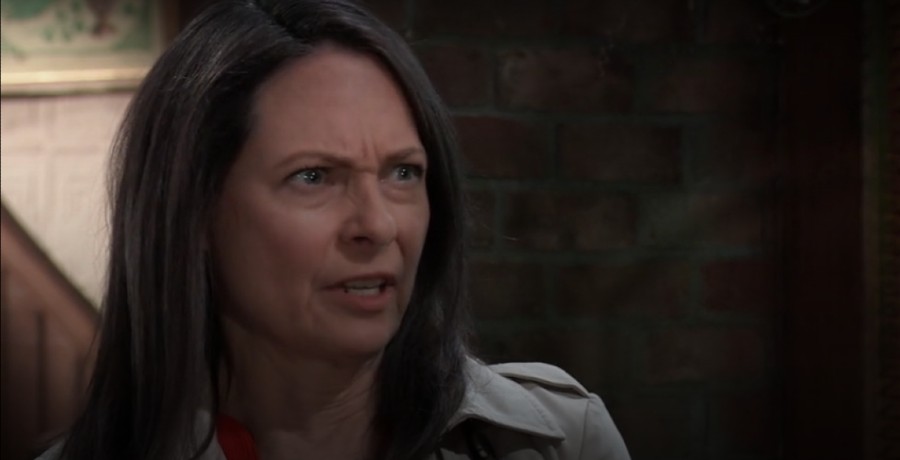 Things also get bad for Gladys (Bonnie Burroughs). She gets even more on Carly’s bad side than she already is. Does she learn Gladys is the witness who lied about Jason tossing the gun that killed Franco (Roger Howarth)?

Speaking of Franco, his family continues to mourn him. Elizabeth (Rebecca Herbst) has to come to some realizations and Cameron (Will Lipton) continues showing unexpected sides of himself. When Josslyn (Eden McCoy) sees one of those sides, she doesn’t like it one bit and lets her friend know it. 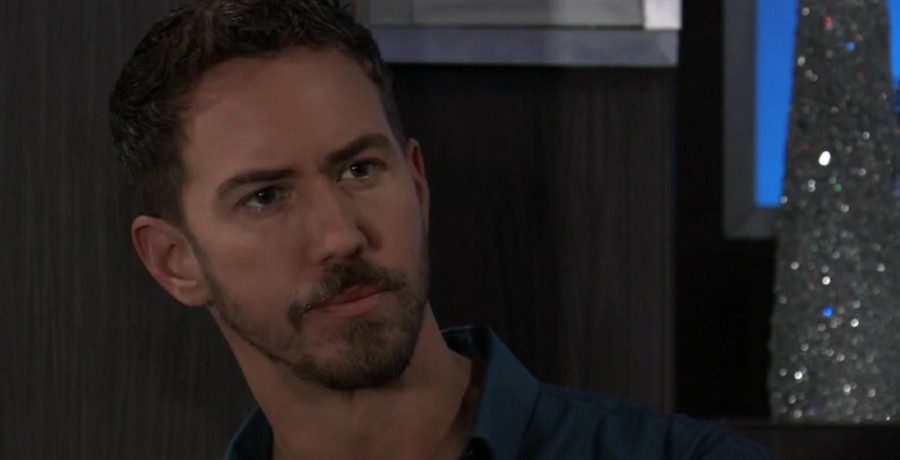 The Peter Problem continues to be…a problem. Maxie (Kirsten Storms) and Britt (Kelly Thiebaud) team up to keep him away from his pregnant almost-wife. The pair confer and share notes on Peter (Wes Ramsey) as to best handle him and make sure Maxie and her baby are safe. General Hospital spoilers tease that Jackie (Kim Delaney) becomes involved with their plans when she and Peter clash, as Peter is clashing with everyone these days.

Finally, Finn (Michael Easton) reaches out to Anna for the first time since their aborted wedding. Does he tell her about the results of the DNA test and is he ready to forgive her for keeping the truth about Peter to herself? Later in the week, Finn and Chase run into one another, which turns out to be quite awkward.