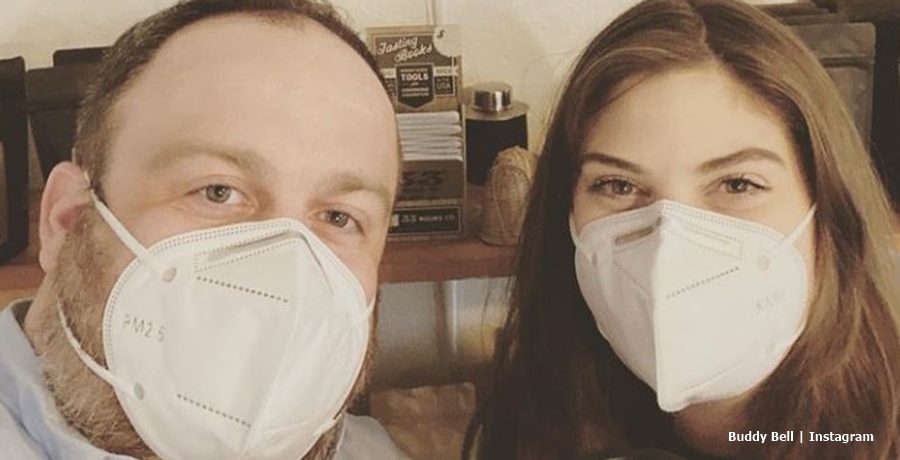 Did Buddy Bell marry Courtney Renee Marsh? Some MBFFL fans seem certain that he tied the knot as he shared a video clip of a wedding. Actually, it’s not unthinkable, as they seem very happy together. Recall, that the My Big Fat Fabulous Life star moved on from Brittany. Some fans didn’t think Courtney and Buddy would last. But did they? And are Buddy and Courtney married now?

Did Buddy Bell marry Courtney after a whirlwind romance?

My Big Fat Fabulous Life fans saw that at Christmas, Buddy shared a photo of himself with Courtney. So clearly, he and Brittany Sherman came to an end. Recall, during the last season of MBFFL, fans saw Brittany and Buddy get really close. And Whitney Way Thore seemed to like her. However, after a fast and furious relationship, she dropped out of the picture. Actually, TLC fans weren’t all that surprised at the time. After all, Buddy always falls in love, then gets over it after a brief but passionate affair. Plus fans thought he went for a certain type of woman.

Monsters and Critics noted that fans doubted Buddy bell and Courtney would last. But did Buddy Bell marry Courtney? So many My Big Fat Fabulous fans think it all went down in a happy ceremony recently. The outlet also noticed that for once, Buddy seemed rather serious about Courtney. And he shared a number of very loving photos on his Instagram. Now, he shared a video of a wedding. In the video clip, people gathered at tables and the photographers were there. Happy cheering and calls of encouragement came as the bride tossed her bouquet.

In the comments section of the post, some people asked,  did Buddy Bell marry?” Well, lots of them just went ahead and congratulated him:

Awwww!!! I wish you both all the happiness in the world❤️”

Wishing you happiness buddy!!! Your a great person!!!”

Holy crap did yall get married?”

However, one fan commented that some of Buddy Bell’s fans seem like “potato heads.”

Critics slammed those fans who asked, “did Buddy Bell marry?” And those who sent in their congrats. Attentive people who watched the video carefully noticed that Courtney actually caught the bouquet. And she’s not the woman dressed up in her bridal outfit. Mind you, in fairness to them, they look rather similar from a distance. Plus, fans struggle in keeping up with Buddy Bell and his many girlfriends.

The photos above clearly show who married and who caught the bouquet. When you first saw the video perhaps you also thought to yourself, “Did Buddy Bell marry?” Well, if you did, you’re certainly not alone.