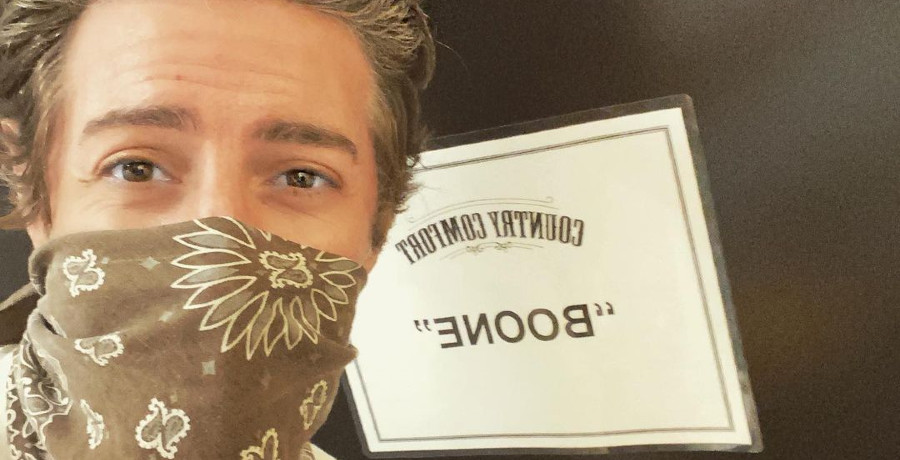 Country Comfort is Netflix’s latest binge-worthy show. It has several familiar faces. There’s one face in particular that seems familiar, but you’re not sure from where. Eric Balfour plays Boone on the sitcom. Boone is the on-off boyfriend of Bailey (Katharine McPhee.) His striking voice matches his striking appearance.

Performing on Country Comfort wasn’t his first singing role, though. If you wonder where you’ve seen Eric Balfour before – the answer may surprise you.

Kids Incorporated was the launching pad of several stars. Stacy Ferguson, AKA Fergie from The Black-Eyed Peas, starred on the show for five years. Jennifer Love Hewitt and ‘80s pop singer Martika also had lead roles on the Disney show.

Eric Balfour appeared on Kids Incorporated for just one season in 1991. But in one clip, he shares the stage with Jennifer Love Hewitt and MTV Undressed star Anastasia “Ana” Horne. They perform Rod Stewart’s “Forever Young.”

Eric Balfour has several other familiar roles under his belt after Kids Incorporated. He starred on the first season of Fox’s 24. He later brought Milo back to CTU for the show’s sixth season. More recently, he appeared on the Charmed reboot.

The actor/singer had a role on HBO’s cult hit Six Feet Under. One of his upcoming roles is playing Bobby Beausoleil in the Manson Girls film.

Will Eric Balfour/Boone Return to Country Comfort for Season 2?

Country Comfort is one of the top ten most popular shows on Netflix right now. The show stars Katharine McPhee as Bailey, an aspiring singer. Through a series of mishaps, she finds herself taking a job as a nanny. Eddie Cibrian plays her boss, Beau.

Bailey struggles to pursue her singing career while tending to Beau’s five kids. Bailey has a complicated relationship with her ex, Boone.

Their relationship seemingly comes to an end during the Season 1 finale. Distractify reports that many fans wonder if Beau and Bailey will get together. Beau seems reluctant to commit to his relationship with Summer (Janet Varney.) Netflix has yet to announce if there will be another season of Country Comfort.

If there is another season, do you want Bailey with Boone or Beau?

Did you recognize Eric Balfour/Boone from his Kids Incorporated days? If you haven’t watched it yet, Country Comfort is now streaming on Netflix.

Sadly, Kids Incorporated isn’t available to stream anywhere. But there are many clips and even full episodes on YouTube.