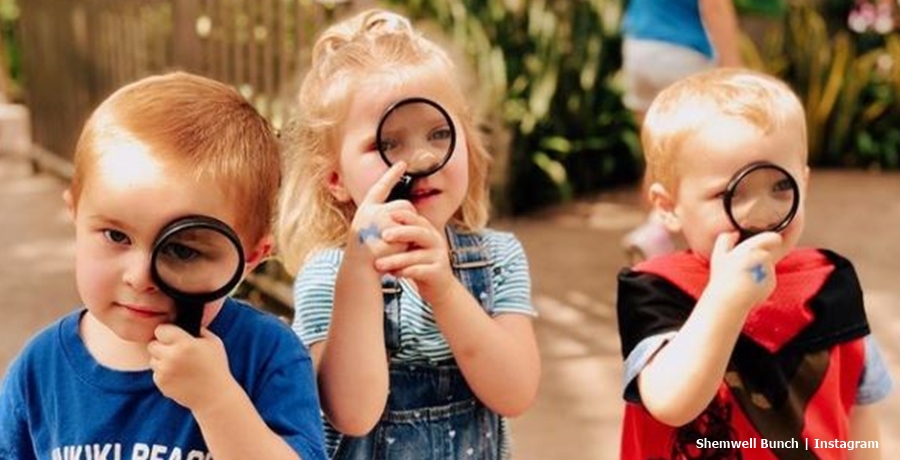 The Blended Bunch cast brings both tears and joy to TLC as they cope with so much grief. With 11 kids in the home, that’s a lot of tears. As the years pass by, the kids, along with Erica Means and Spencer Shemwell still attended counseling. That’s something that they mentioned on their Instagram account during the last episode. They couldn’t watch it as it aired because that night, counseling coincided with the show. Now Erica Means explained how they deal with grief management. Everyone thinks they know what grief feels like. But how many of us feel awkward talking to those who lose a loved one? Erica’s explanation might help you understand a bit more.

After the second episode of Season 1 aired, Erica Means took to her blog and talked about grief. Actually, she previously explained that they filmed with TLC as part of their healing process. Recall, Erica lost her husband Tony, and Spencer lost his wife, Aimee. Tony died before Aimee, who passed away in a car accident in 2017. Later, Spencer and Erica met via a widow’s support group. Now they married, and raise the kids as one family. In the show, fans see tears and pain as they discuss the loss of their respective spouses.

The Blended Bunch cast opens up about their circumstance, and it’s not confined to the adults. Letting the kids talk also helps with grief management. So, fans saw Lily and Sophie Means talk about how sad they felt when their dad Tony died. While they didn’t dwell on it, clearly those kids know all about grief. Importantly, they talked about how they made friends with Spencer’s kids. They enjoy playing together and enjoy a lot of fun.

Fun’s no replacement for their dad, but it seems helpful as they move forward with their lives. For many fans, it seems rather sad that their common bond lies in tears.

For The Blended Bunch cast, they believe that everyone grieves in their own way. Unfortunately, for those who reach out, there’s no way of telling what they need. Sometimes, all they need is some “space.” Other times, they need a “shoulder to cry on.” Or, someone to share precious memories. So, how do you know what they need? If you ever knew anyone who grieved, did you feel awkward and uncomfortable? Uncertain what to say or do can be hard. Well, Erica Means points out that the best thing is to “ask.”

The Blended Bunch cast involves a lot of kids. So, Erica explained that one area she initially struggled with focused on them. Sometimes, she might feel a desperate wave of sorrow and “fall to [her] knees sobbing.” However, keeping that grief away from the kids doesn’t help. So, she learned to cry it out, talk about Tony, and allow them the same opportunity. In her blog this week, she said, “One of the most difficult things I felt after losing Tony was watching the sorrow the kids felt.” However talking and crying together, bonded them very closely. Coping with grief involved that deep connection and Erica noted, “We needed to feel connected in order to heal.”

Coping tools for grief include filming for TLC

Erica and the rest of The Blended Bunch cast opted for filming and discussing grief as sharing pain seems like  a “useful tool.” Nevertheless, with no set rules for grief management, she emphasizes that “no one should ever feel forced into doing so.” Importantly, rushing “someone along or not validating their real feelings…only [damages] their personal grieving process.”

Erica explained a lot more, so reading the full blog might help you cope with your own grief, or learn about reaching out to those who go through it.

Remember to check back with us often to find out more about The Blended Bunch cast on TLC.

How To Watch Jessa Seewald’s Birth Story For Baby Fern
Kailyn Lowry Opens Up About Weight Gain And Nasty Comments She Receives
Fans Think Nathan Bates & Esther Keyes Have A Secret: See Video
Carlin Bates Under Fire, Is She Abusing Her Dog?!
Just One Duggar Wishes Jim Bob Happy Birthday: Who Was It?