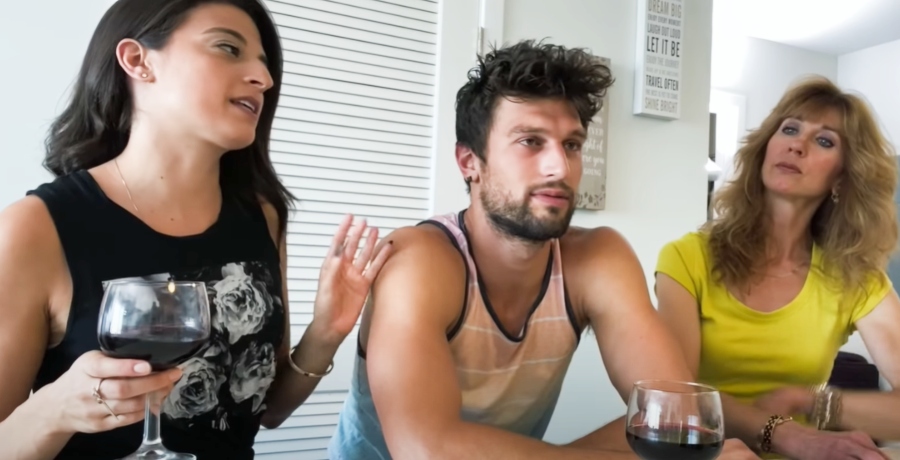 Some fans of I Love A Mama’s Boy think Mike Boornazian may have recently teased a Season 2.

TLC aired a marathon of I Love A Mama’s Boy a few days ago and Mike Boornazian was very aware of the marathon even if he didn’t tune in to watch it. The TV personality admits his DMs on Instagram blow up following a marathon of ILAMB on TLC.

Mike Boornazian seems to find the extra attention he gets from the show amusing. He, however, wonders if fans would watch a second season of the TLC show that many consider to be cringeworthy.

Mike Boornazian shared a photo of himself sitting outside on the lawn. He was shirtless. Showing off his muscular tattooed frame. His hair looked matted and sweaty as if he’d been outside for a little while now. He, however, was not sitting directly on the lawn. Instead, he was sitting on couch cushions on top of the grass. He looked off into the distance at something. Most of his matted, sweaty hair was tucked underneath a baseball cap.

His shirtless snap was liked over 1,000 times with several dozen comments. Being a newer TLC star of a series with just one second… Mike Boornazian has a following of just 58,000 fans on Instagram.

“Scrolling through my DM’s after yesterday’s #ILoveAMamasBoy marathon like…… 😂😭💀 IF THERE’S A SEASON 2 ARE YOU WATCHING!? DROP A COMMENT 👇🏼👇🏼” He penned in the caption.

More than his amusement, the newer TLC personality wonders if fans of the show were interested in Season 2. Would they tune in to watch I Love A Mama’s Boy Season 2? So, he asked the question. And, a few dozen of his followers responded.

“You know I’m going to be watching! 💪” One follower penned in the comments. The general consensus in the screenshot below seemed to be more of the same. 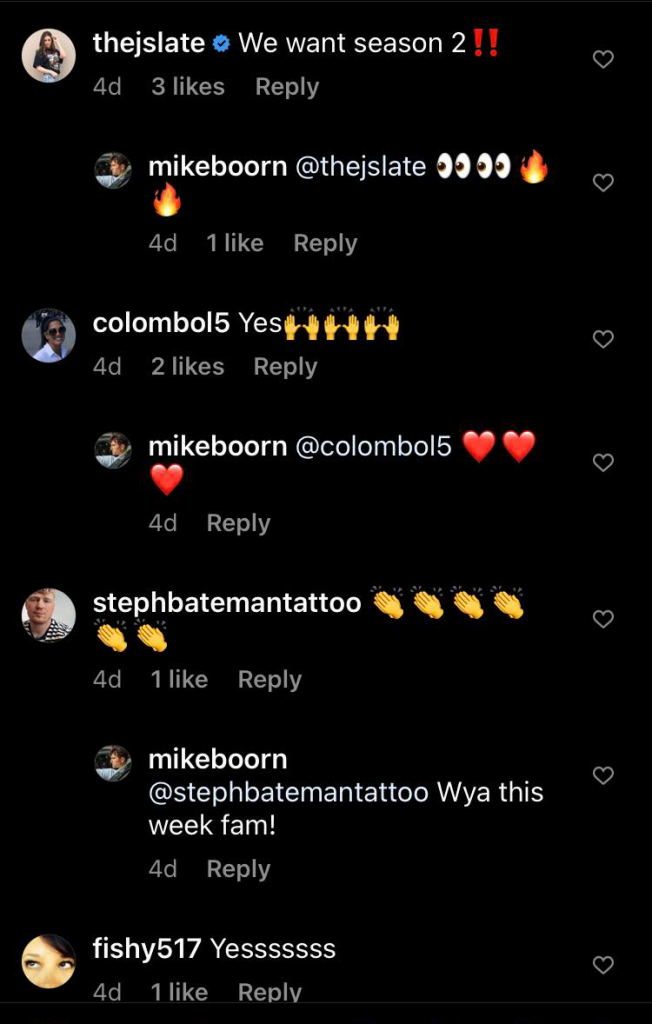 Mike Boornazian seemed a little surprised at some of the responses as he replied with wide eyes followed by fire emojis.

Would you watch another season of this TLC series? Share your thoughts with us in the comments.

‘Attack On Titan’ Live Action Movie Eng Dub: How & Where To Watch
‘The Bold And The Beautiful’s’ Karla Mosley To Replace Mishael Morgan At ‘The Young and the Restless’
Wait, Is Amy Halterman Of ‘1000-Lb. Sisters’ Pregnant Again?
Future Of ‘Sister Wives’ Family Threatened In 2 Hour Season Finale
Whitney Way Thore Like You Have Never Seen Her Before