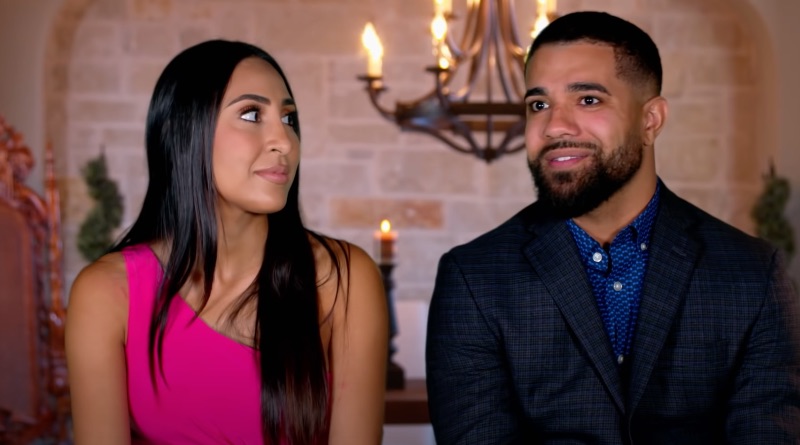 Marrying Millions pair Daniela Michelle Parra and Donovan Ruffin are going to be parents. The happy Lifetime couple announced the news. What else do we know about this?

Daniela Michelle Parra and Donovan Ruffin have their share of issues on the currently-airing season of Marrying Millions on Lifetime. There was a lot of drama surrounding Donovan asking her to marry him. As is the case with many of the potential marriages on the show, the richer partner often asks for a prenup.

Like many cast members on Marrying Millions, Daniela Michelle Parra wasn’t happy with the idea of signing a prenup. Donovan Ruffin put a lot of work into building his company and establishing himself. Meanwhile, he told her point-blank that he doesn’t want her leaving with half of what he built if things in their marriage go south. But, based on the latest news from the couple, they seem to have much happier news to look forward to.

It turns out; the Marrying Millions couple will soon be parents. Both Daniela Michelle Parra and Donovan Ruffin made the announcement online. There are a lot of comments from their fans and followers congratulating them on their bundle of joy.

She told her Instagram followers that she and Donovan have been keeping a “little secret.” She added that “baby Ruffin will arrive 2021.” She wants her baby in her arms already.

Donovan Ruffin chimed in with his two cents as well. He said that he is “so excited” for his baby on the way. He added that “Lil Ruffin cookin’.” He also said that “the legacy continues” – along with the hashtag “ruffin Empire.”

With all the drama unfolding in current Marrying Millions episodes on Lifetime, watchers often wonder if couples are still together in real-time. With this latest baby announcement from the couple, it’s clear that they are in a good place in their relationship.

As viewers saw in the most recent Marrying Millions episode, the pair went on a couples’ getaway to unplug from the outside world. Meanwhile, their attempt to strengthen their relationship clearly worked. And now they’ve got a baby on the way as a result.

It’ll be worth keeping an eye on updates as she gets closer to her due date – along with the eventual arrival of baby Ruffin later in the year. Either way, it’s good news for both the expecting parents and their many Lifetime fans as they embark on this next chapter in their lives.