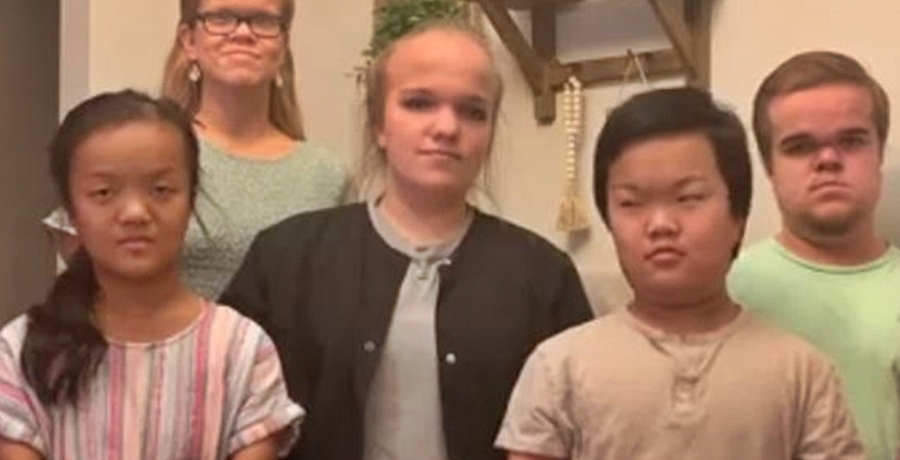 Speculation of Anna and Elizabeth Johnston moving out of Trent and Amber’s house arose when Emma posted about her two older sisters. It came on Instagram on Thursday, March 25.  While Emma didn’t say they actually moved, she might have strongly hinted at it. And, given the ending of the last season, on 7 Little Johnstons, it seems plausible. Recall, Trent and Amber told Jonah to get his own place.

We reported that in the Finale of 7 Little Johnstons in January this year, fans seemed upset with Amber and Trent. Recall, after his girlfriend Ashley visited, Jonah went back to his sometimes sulky demeanor. He brightened up briefly while his girlfriend visited.

However, his parents didn’t allow them to share a room. That’s despite him already turning 21-years old. The TLC parents seemed irritated as well, as he became slow attending to his chores during Ashley’s visit. So, they gave him notice to get out of their house.

Anna and Elizabeth Johnston moving out wasn’t the main part of the storyline. However, Hollywood Life mentioned that the show hinted that the older kids might also get their own place. Actually, it makes sense as the older kids aren’t babies anymore. Plus, Emma and Alex already received their driving permits. In fact, the last season brought much more about Trent and Amber than the kids. It looks like they now focus on her new career as a teacher, and on strengthening their intimate bond.

Emma talks about her sister going on a ‘journey’

In her post on Instagram, Emma hinted about Anna & Elizabeth Johnston moving out of the house. Or at least, absenting themselves from her life. In the comments section of her post, Trent popped up. He reminded fans that the two girls attend “college full time, work full time and still [make] tv.” He also talked about they seem very “hard working” and  “busy girls!” Meanwhile, Emma spoke about “their new journey in a few weeks.” While she appreciates the “extra space” in the house, she said that she expected to “miss” them a lot. Additionally, she also mentioned that they are “leaving,” but they will still “see” each other.

In the comments, many fans asked about where the girls are going. But one fan, up to date on the Finale, suggested that Anna and Elizabeth Johnston move out of the house just like Jonah. Actually, kids who grow up and start work hanker for more independence. So, they probably look forward to a new life and a bit more privacy. Clearly, they adore Trent and Amber. But, there comes a time when young adults start spreading their wings. And, it looks like the 7 Little Johnstons’ parents prepared them well for that.

What do you think about Emma’s post? Do you think it means that Anna and Elizabeth Johnson move out into their own place already? Sound off in the comments below.

Exclusive: discovery+ To Air Dr. Zahi Hawass’ Findings In Lost Golden City of Luxor in Egypt
‘The Little Couple’ 2021: Zoey Freaks Out Her Dad With Brain Food
Did Abigail Heringer Just Hint At ‘Bachelor in Paradise’?
Should ‘Sister Wives’ Meri Brown Audition For ‘Seeking Sister Wife’?
Are Jenelle & David Eason In A Good Place With ‘Storms’ Behind Them?