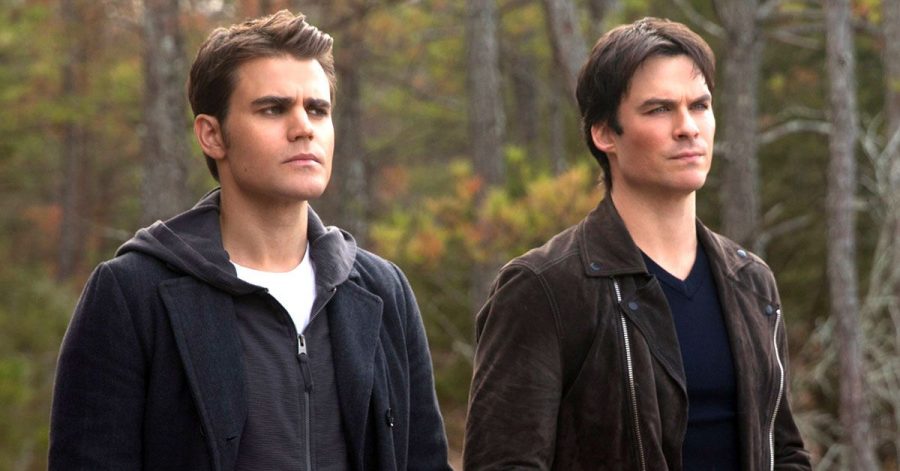 What have Paul Wesley and Ian Somerhalder been up to since The Vampire Diaries?

While Paul Wesley and Ian Somerhalder haven’t been on The Vampire Diaries for four years, their latest project has been ten years in the making according to People. “This has been 10 years in the making,” shares Somerhalder. The project is a signature bourbon called Brother’s Bond. Fans will be able to purchase Brothers Bond in stores and online on May 1st.

Paul Wesley goes on to share some of the creative nuances about their process. “A lot of people will put their names on something, and then their heart’s not in it,” shares Wesley with People. Ian Somerhalder mirrors his The Vampire Diaries co-stars sentiment. “Our soul is in this bottle,” says Somerhalder.

Not only does Paul Wesley share their creative process with fans, but he also shares the vision they have for people drink their bourbon, Brother’s Bond. “This is about people drinking it together in celebration of something or taking a moment to talk to one another.”

The nostalgia goes back to Mystic Falls

The Vampire Diaries fans feel some sort of nostalgia towards Paul Wesley and Ian Somerhalder’s liquor of choice. According to People, “the idea of creating bourbon came organically,” for the off-screen best friends. While Wesley shares that he’s “always been a bourbon guy,” it probably didn’t hurt that’s what his character was known to drink. “Our characters used to drink a lot of bourbon,” recalls Wesley.

Luckily, Paul Wesley and Ian Somerhalder work well together. Undoubtedly, this contributes to them being successful business partners. Fans can learn more about Brother’s Bond on their website. The opening quote for the site brings everything together beautifully.

Our friendship’s true bond strengthened while drinking bourbon, both on and off-screen for over a decade. Brother’s Bond is a nod to our on-screen characters, our shared love for great bourbon, and a reflection of the brotherhood we have formed over the years.”

How to get Brother’s Bond Bourbon

The Vampire Diaries fans can purchase this bourbon online. Brother’s Bond will be available for sale on May 1st, however, it is available for pre-order now.

Are you excited for The Vampire Diaries Paul Wesley and Ian Somerhalder’s Brother’s Bond bourbon? Let us know in the comment section below. Come back to TV Shows Ace for more television news.

‘Shameless’ Series Finale Brings Back Three Characters: Who Are They?
Kody Brown Gets Riled Up About His Marriage To Meri
‘Sister Wives’ Recently Share Their Thoughts On Monogamy
‘The Masked Singer’ Chrissy Metz Wins Fans Love
‘Days of Our Lives’ Week Of April 12 Spoilers: Chad’s Gonna Be A Daddy – Xander Married?