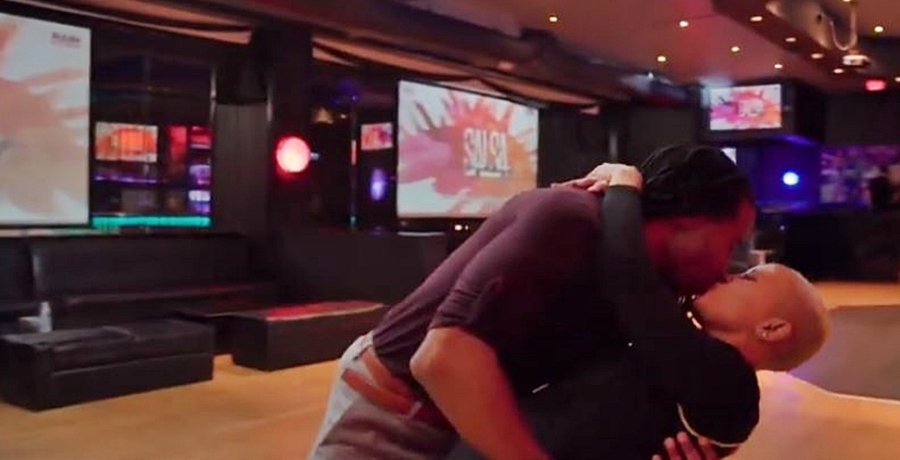 Seeking Sister Wife aired the first episode of the new season on TLC. The Snowden’s bring in Christeline from South Africa. Also, they bring in another woman, Tayler, from Georgia, USA as well. Apart from the fact, that Ashley and Dimitri now need to set aside d-time for the other women, fans seem interested in Christeline from a foreign country. Ashley calls her a “blonde bombshell.”

We reported that Christeline comes from South Africa. So, that might bring some cultural interest to the show. TLC brings other South Africans to their franchises like 90 Day Fiance. There, fans met Syngin Colchester who married Tania Maduro. Also, Ronald Smith married Tiffany Franco. However, it’s the first time that fans see someone from that country on the polygamous show. Also, Syngin and Ronald are white South Africans. Apart from a penchant for a bit more alcohol than many Americans, it’s not a massive hardship for them to integrate into the American lifestyle.

#seekingsisterwife #90DayFiance
Here we go. The Snowdens are joining in the 90day fiance life. Their potential sister is from South Africa. I have high hopes for this season. pic.twitter.com/IWsrifoEda

We also noted that Seeking Sister Wife star, Ashley Snowden called Christeline a “blonde bombshell.” First up, let’s set Americans straight on color classification in South Africa. Bear with us, as this distinction is important in South Africa when it comes to polygamy. Recently, the term “person of color” gets used. However, nowhere near as much as in the USA. And, many people of mixed blood don’t consider themselves “black.” Sometimes, people refer to mixed-blood people as “brown people.” Locally, most people call them “Coloureds,” our source tells us. Notably, none of those terms are considered derogatory. It’s not clear from the few photos and clips of Christeline whether she is “Black” or “Coloured.”

Polygamy is legal in South Africa, with certain restrictions

First up, our source tells us that whites very seldom become polygamists. They never traditionally practiced it. And that probably accounts for the racial identity of the newcomer on Seeking Sister Wife. In 2019, The Daily Maverick reported that the South African Constitutional Court made some changes. It overturned a section of the “Customary Marriages Act.” It means that women in polygamous relationships “enjoy joint and equal ownership.” Additionally, they maintain “control…management and other rights over family…property.” Therefore, polygamy definitely ranks as acceptable in the country.

However, in some ways. like the Seeking Sister Wife couples, roadblocks exist. Not everyone in South Africa may marry more than one wife like Christeline.  The Customary Marriage Act mainly caters to indigenous South Africans. It’s been an age-old tradition. And the Act specifically safeguards that tradition among the various tribes. However, Times Live SA notes one specific downside in the Act. It makes no provision for “entering into a polygamous marriage with non-citizens.” So, even if Dimitri tries marrying Christeline in South Africa, both of them break the law. Actually, a white South African encounters obstacles. And they might end up jumping through a lot of legal hoops. Even Muslims don’t get legal recognition for their multiple marriages.

Now you know the cultural background of Christeline in Seeking Sister Wife. Hopefully, it brings you more insight into the dynamics of her relationship in the Snowden family.