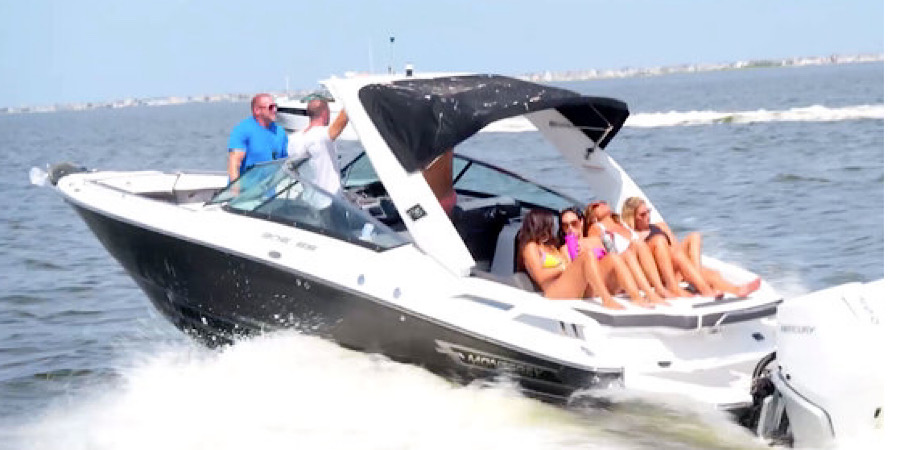 Last week on RHONJ, Teresa held a pool party and invited all of the ladies. Jackie and Evan did not show up which was a surprise to no one. It’s a battle that will rage on for a little longer. At the party, Bill was late so Jennifer went on to drink a lot. She got so drunk, she ended up on the pavement, sloppily eating food like an animal. Bill had to carry her out to the car where she eventually threw up. As for Teresa’s realtor, she showed up at the party with her husband. He had issues to resolve with Joe Gorga and once that was handled, Teresa could list her home. Now the ladies will finally all be together but will it be water under the bridge?

Dolores Gets An Award On RHONJ

It is a big day for Dolores. She received the Ambassador of Hope Award from Maimonides Medical Center for spreading mammogram awareness. Because of Covid, they could not have a big event so she got the award in front of her family. Ex-husband, Frank teared up watching her get it and now she is having a luncheon at her boyfriend, David’s. He comes by to see her while she is getting ready and she asks him to stay to greet the lady. David, sadly, has to go back to the hospital.

Everyone but Teresa shows up and they start talking about how they will be headed to the Shore. It will be special because the Gorga’s will be having a celebration of life for Teresa and Joe’s father. Both Melissa and Dolores have Shore homes so Jackie has requested to stay with Melissa. She informs them Evan will only be coming for one night. Jackie is regaled with details of drunken Jennifer at the pool party and she shares how Bill had to shower her down. Margaret says her mom was always drunk while she grew up so it is not funny to her.

All the ladies want a tour of David’s home since Frank built it for him. They are also inquisitive about why Dolores is not actively living there. Melissa is the most interested in the details like how many nights a week they are intimate. Jennifer feels these questions are invasive as does Dolores. But she does not stop it.

A Shore Weekend and The Rumor Mill Spins

Teresa and Jennifer meet up with Dolores and Frank to drive to the Shore. Prior to leaving the house, Bill told Jennifer that at guy’s night, Margaret’s husband, Joe shared he heard the same rumor about Evan. Jennifer was shocked because she thinks this means Margaret knew about the rumor. Yet, she still stuck up for Jackie repeatedly. On the way to the Shore, Jennifer can’t wait to share the gossip. Of course, Teresa feels validated now in all she said.

Teresa shares her divorce was being filed that day. She wants Joe to be happy but can’t believe one signing will end it all. Margaret, Joe B., and Jackie are driving together to the Shore and Jackie says Evan would have come sooner. But she wants to feel the room first.

Everyone is settling into their homes (Jackie, Marge, Joe B. are staying with Melissa) when Teresa gets a call. Her realtor has someone who wants to see her home the next day. It freaks her out but she tells them to text her eldest daughter, Gia and she will set it up. It’s hard for her and her kids but they want a new chapter. Dolores commends her strength and grace in life.

A RHONJ Dinner At Dolores’ Home

Dolores is hosting dinner at her home and it will be the first time Jackie and Teresa will come face to face since Margaret’s home. Everyone arrives but Teresa and Jackie just avoid. Once they are seated, Margaret asks Teresa how she feels about selling her home. She says she feels emotional but tells everyone to eat their words about her divorce. Joe was amicable and did not make it difficult for her as it was presumed. There’s a montage of all the bad things her now ex-husband said about Teresa.

Joe was simply saying Joe Giudice was not always the best man and husband so he was skeptical. He will always stand up for his sister even if she won’t do the same. An article by her ex had come out bashing Joe Gorga and she said nothing. That was hurtful. Melissa tries to stop it all and remind Teresa they are having a nice dinner. Her SIL tells her to shut up.

Now it comes out what Margaret’s husband said about Evan. Teresa had to bring it up just as Jackie said she was letting everything go. It is claimed he heard it in town but he denies ever saying anything. Jennifer says she heard it from Bill. Margaret is fuming because she thought this was all put to rest. She gets angry with Jen as she has no basis for anything unless she was at guy’s night. Frank refuses to throw Joe B. under the bus and Jackie keeps saying she is over it.

The Fire Is Stroked

Teresa is angry at how calm Jackie is. Jackie simply does not want to give any more life to this rumor. Teresa goes around the table and asks if they think she’s been a bad friend or treated them poorly. Dolores and Jennifer say no. Margaret reminds her she had her hair pulled. Melissa says she called her a stripper. So, she does not have the best track record when it comes to her friends.

She continues to try to bait Jackie but she is too cool and calm and that enrages Teresa. Teresa says she likes to hang with confident women because that is how she is. Jackie asks if she gained that confidence in jail. She says she has been in jail and she is fine with it then goes off and cannot believe they are friends with Jackie. This continues next week. Watch RHONJ Wednesday nights at 9 pm only on Bravo.