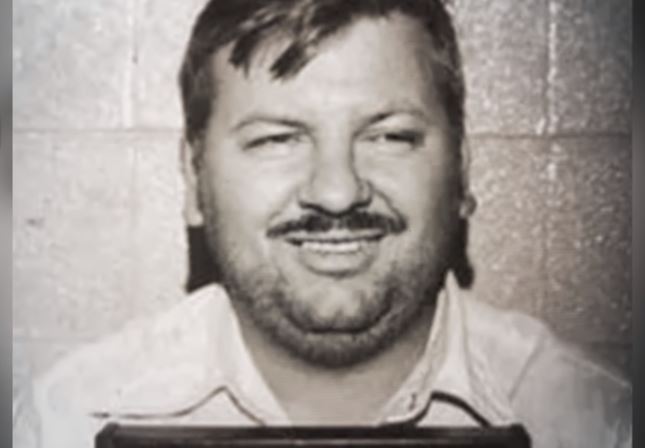 The six-part docuseries John Wayne Gacy: Devil In Disguise on Peacock is a thorough account of the “pure evil” that local Chicago police described of Gacy’s string of murders that shocked the world.

Gacy, by all accounts, was on the surface a model Chicagoan, a businessman, a father, and he was rather nondescript until further closer examination.

His clever manipulation of politicians, crime cohorts, and those around him allowed his unrelenting murder spree to go unchecked for years.

About the Peacock docuseries John Wayne Gacy: Devil In Disguise

Beginning today, March 25, on Peacock, John Wayne Gacy: Devil in Disguise is a comprehensive examination of the origins and the methodology of this disturbed man who lured young men to their deaths.

Gacy by all witness accounts was clever, cold, and masterful at trapping people against their will. The docuseries features conversations with Gacy and FBI profiler Robert Ressler from 1992.

Disturbing in their presentation, in old interview footage unearthed, Gacy appears nonplussed at the horror he left in his wake.

Who was John Wayne Gacy?

Gacy was described as an ordinary businessman who ran a construction firm by day and did part-time work as Pogo the Clown, entertaining at children’s parties.

He lived and murdered his victims in Norwood Park Township, a Chicago suburb close to O’Hare Airport.

Like many serial killers, he appeared normal to the neighbors and those who worked with him,  and could never have guessed at his secret life. His victims were all men and teenage boys.

Gacy’s entrapment used his construction business to lure his unsuspecting victims, who hoped to land a higher paying job.

Other young men were abducted, while some were sexual trysts and hookups with nefarious end plans, unbeknownst to his victims.

John Wayne Gacy killed 33 people between 1972 and 1978. Gacy usually tricked his victims into becoming physically vulnerable to him in two ways: He would handcuff himself and, like a magic trick, escape the cuffs, then tell his victims to give it a try.

But after handcuffing their hands behind their backs, he would reveal that he had the keys. He typically strangled his victims using another trick involving a rope around their necks.

Local police fail to catch on

Despite the missing person reports and concerned families of young men gone missing, the police took a long time to finally catch Gacy. After multiple teens from the area told police it was Gacy they saw who would cruise around looking for men.

Police had seen young men come and go from Gacy’s home, but those they spoke to had nothing bad to say about him.

In March of 1977, a man named Jeff Rignall claimed that Gacy offered him marijuana and once Rignall was in the car,
Gacy then chloroformed and kidnapped him. Rignall woke in Gacy’s home, handcuffed, where Gacy sexually assaulted him before letting him go.

Rignall told police about the encounter but for some reason, there was a hesitancy to investigate Gacy. According to Rignall, they began to make me believe that he was the crazy one, that Gacy was a model citizen.

In December of 1977, police finally arrested Gacy after a 19-year-old accused him of kidnap and sexual assault.

“Clowns can get away with murder…”

On the night of December 11th, 1978, Elizabeth Piest arrived at the Nisson Pharmacy where her son worked to pick him up after his shift around 9 p.m.

But he told her to give him a few minutes, while he asked a man about getting a construction job that would pay double what he made at the drugstore.

Mrs. Piest waited but her son never returned. She filed a missing person report with the police.

The next day, Des Plaines Police Lieutenant Joe Kozenczak began looking into the matter. He discovered that Gacy’s construction business had just finished a remodeling job with Nissan Pharmacy.

Lieutenant Kozenczak asked Gacy to come into the precinct for questioning. Gacy returned Kozenczak’s phone call around 11 p.m. and said that he could be there in 30 minutes but Kozenczak waited until one in the morning.

Gacy did show up in the early morning hours of December 13th with mud on his clothing and shoes.

He was told to return again later when Kozenczak would be in. Later on December 13th, Kozenczak questioned Gacy. He then produced a search warrant for Gacy’s home.

While holding Gacy in a jail cell, police searched his home, during which they seized several items found in the home, although none are conclusively related to Piest. One receipt was discovered, and Robert Piest’s family identified as belonging to the missing teen.

Gacy was aware of the surveillance and according to Albrecht in the docuseries, he made light of it, referring to them as his bodyguards and even seeming to enjoy the attention from the police.

Albrecht said in an interview that Gacy once told him, “clowns can get away with murder.”

The series painstakingly goes through a litany of stories and recollections, as evidence mounts and the facts become undeniable.

The outcome was that John Wayne Gacy was executed by lethal injection on May 10, 1994.

Yet the troubling case continues to pose many unanswered questions, most of which are why it took so long for detectives and local politicians to do something about the missing men and boys of Chicago.

Ben Higgins Of ‘The Bachelor’ Mourns Someone Who Helped Him Get Clean
‘Magnolia Table with Joanna Gaines’ Reveals Season Two Menu, The Schedule
Khloe Kardashian Freaks Fans Out On Social Media
Chrisley Wedding Secretly Happened Recently — See Who Said ‘I Do’
‘Days of Our Lives’ Spoilers: The Morning After For Xander & Chanel