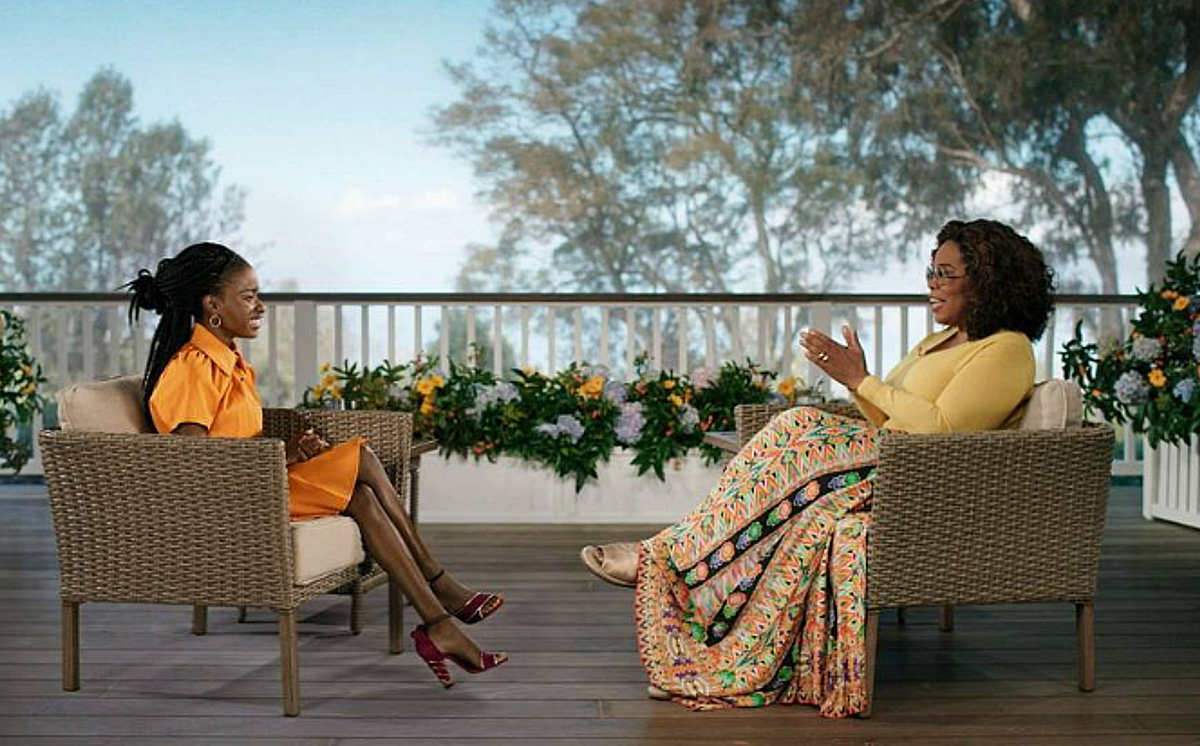 Oprah’s talk show was on fire with the CBS aired Harry and Meghan interview, and now for Apple TV+, she has the young woman who captured the nation during the Biden Administration inaugural, Amanda Gorman, who read a poignant poem in the televised event.

Ms. Gorman is featured on The Oprah Conversation, this Friday, March 26, on Apple TV+.

Winfrey interviews the youngest inaugural poet in US history on turning challenges into strengths and celebrating the women who inspire her during the Women’s History Month conversations happening in the arts and entertainment world.

Ms. Gorman is the 23-year-old inaugural poet, author, and activist who captured the nation on President Joe Biden’s inaugural day.

“Amanda Gorman is a young woman who stepped into a moment in history with enormous grace and dignity,” said Oprah Winfrey in a press statement to TV Shows Ace. “I was enthralled by her youthful spirit from the first moment we met, and very much looked forward to hearing her unpack all that has happened to her the past few months.”

According to Apple TV+:

Named the first-ever National Youth Poet Laureate, the youngest inaugural poet in US history, and one of the most influential voices of her generation, Gorman discusses “The Hill We Climb,” the moving poem she delivered at the historic inauguration of President Joseph R. Biden and Vice President Kamala Harris.

The interview features Ms. Gorman speaking with Oprah in a deep conversation that celebrates the literary heroes who inspire her as she also introduces viewers to her mother and the other important women in her life who have encouraged her work in poetry.

In revealing conversation, Ms. Gorman also reveals her creative process as she shares personal stories from her upbringing that led her to this moment.

Ms. Gorman also looks ahead to share her hopes for the future, both personally and for the nation.

The series offers up poignant conversations between Oprah like the aforementioned CBS-aired Harry and Meghan, former Duke and Duchess of Sussex.