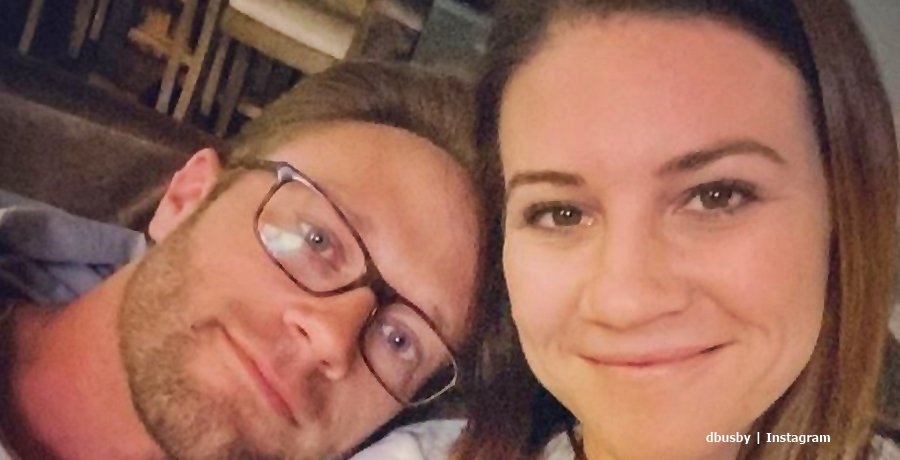 Danielle & Adam Busby talked about adoption more than once. In fact, the question arises on her Instagram with some regularity. Plus, the mainstream media often asks them about it, as well. The OutDaughtered couple sometimes talks about a boy. After all, they already produced their six girls. Big sister Blayke came a few years before the quints Riley, Ava, Lulu, Hazel, and Parker. Plus, TLC fans know they named their clothing store after the son they never had.

Danielle & Adam Busby can’t have their own son

Sometimes, Danielle calls her little Frenchie dog Beaux, her son, or her “boy.” And Graeson Bee inherited its name from the son that Adam wished for. Well, since then, Danielle underwent a hysterectomy. So, now the possibility of more biological kids slips away forever. Mind you, some fans wonder how they might actually cope if they ever add more kids to the family. After all, the six kids they have certainly keep them busy, busy, busy. As the quints grow up, they become a bit of a handful sometimes, as Uncle Dale Mills knows.

Nevertheless, Danielle and Adam Busby never ruled out the possibility of adoption. We noted that they don’t actively search for a kid. However, if one comes along, they would pray about it. In other words, if it happens with God’s blessing then they would do it. In late January, she said on her Instagram, “My heart and hands are full with these six little loves.” Additionally, she mentioned, “if God placed adoption on our hearts, this is something Adam and I have always said we would be open to.”

Really, what’s another kid in the house? Whether the OutDaughtered couple feed and clothe six or seven kids probably makes little difference in their busy days.

Would Adam prefer a boy if they ever adopt?

This week, US Weekly spoke with Danielle and Adam Busby. Once again the question of adoption came up. Naturally, as many fans already know they both missed the chance for a son, that question also arose. The outlet noted that rather surprisingly, they came up with some “mixed feelings.” It seems that neither of them seems too keen on adopting a boy. In fact, Adam said that he thinks a son would “complicate things.” Even Danielle seems reluctant and a bit concerned with the concept.

Danielle and Adam Busby seemingly concurred on that. The OutDaughtered mom said, “I don’t know what we would do, [if a boy came along.]” Notably, neither of them actively hanker for another child. And, if God lays it on their hearts, they would naturally consider either gender.  Danielle added, “if it was something that we were called to do. We would 100 percent be all in for that.”

Well, if Adam thinks a boy might “complicate” things, and Danielle sounds unsure, perhaps a son never features in their lives. Are you surprised by their answers? Sound off your thoughts in the comments below.

Ben Higgins Of ‘The Bachelor’ Mourns Someone Who Helped Him Get Clean
Khloe Kardashian’s Boyfriend Tristan Thompson Had COVID-19
‘Seeking Sister Wife’ Sophie and Tami Winder Get Real About Pregnancy
Tori Roloff Peaks At Photography: See Ultimate Photo Of Lilah
Myrka Cantu’s Baby Attalie Is The Spitting Image Of Her Mom (See Pics)