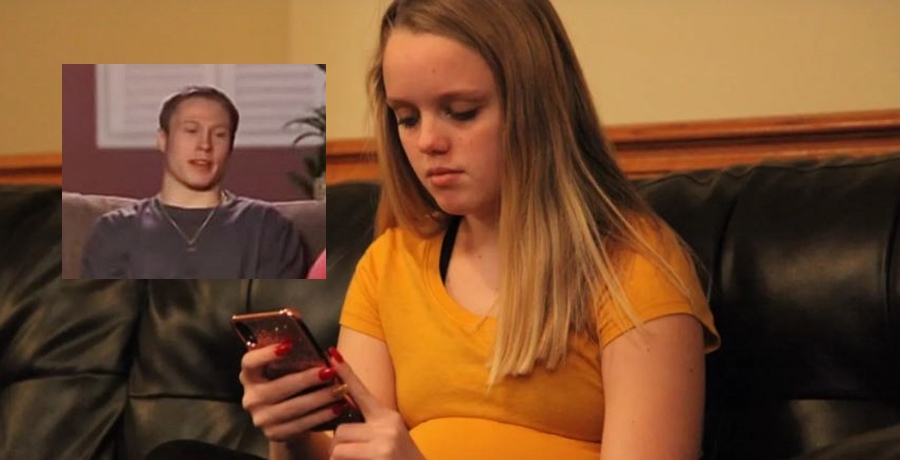 Unexpected took a hiatus so that Reanna and Taron’s scenes could be edited out, along with her mom, Jessica. So fans seemed a bit shocked. In fact, many people immediately thought that they were kicked off for breach of contract with TLC. As the family did not clarify at the time, lots of social media posts and articles discussed what might have happened. Now, Jessica took to her social media and cleared it up. Well, partly, anyway.

Unexpected – were Reanna, Jessica, and Taron fired by TLC?

We reported in early January, that the news came on social media that Jessica, Reanna, plus her boyfriend, Taron were gone from the show. Of course, fan groups and tabloids speculated why. However, most of them assume they got “booted.” @tlc.unexpectedtea on Instagram captions their post with, “We noticed Reanna missing from the most recent trailer we posted on the page and it turns out the reason we have to wait a month for the next episode.” Next, they wonder if  Reanna and Taron were “kicked off the show.”

Many people asked for further details, but until now, nothing more surfaced. Reanna remains active on social media, and she moved on from Taron. These days she seems very in love with another guy who didn’t feature on Unexpected. Recently, she shared photos of a nice ring that he gave her.

We speculated that the third wheel caused issues for TLC. However, when Jessica clarifies things, she doesn’t mention that. Actually, she didn’t mention many specifics other than the Tell-All. Mind you,  a lot of TLC fans already lost interest in young Reanna and Taron.

Jessica clarifies on leaving the show

@tlc.unexpectedtea shares a post by Jessica on Tuesday, March 23. In it, Jessica makes it very clear that nobody was fired. In fact, she claims that they remain on contract with TLC like all the other cast members of Unexpected. Additionally, she explained that they met with production ahead of the Tell-All. The outcome of that conversation, which came “the day before filming,” saw them leave the show. While she suggests that nothing terrible happened, she indicates that the decision to stop filming came from TLC’s production team.

Some fans speculated that perhaps they worried about so many people discussing Reanna’s intimate body parts. Perhaps they didn’t like the way Unexpected focused on that. After all, Reanna’s still, so very young. However, many TLC fans just lost interest in the young couple. After all, they left for one reason or another. Fans love nothing more than continuity in the show.

What are your thoughts on Jessica’s explanation of how Reanna and Taron left the show? Do you agree that it’s very vague? However, as they remain on contract, they might not have actually been fired from Unexpected. Sound off your thoughts in the comments below.