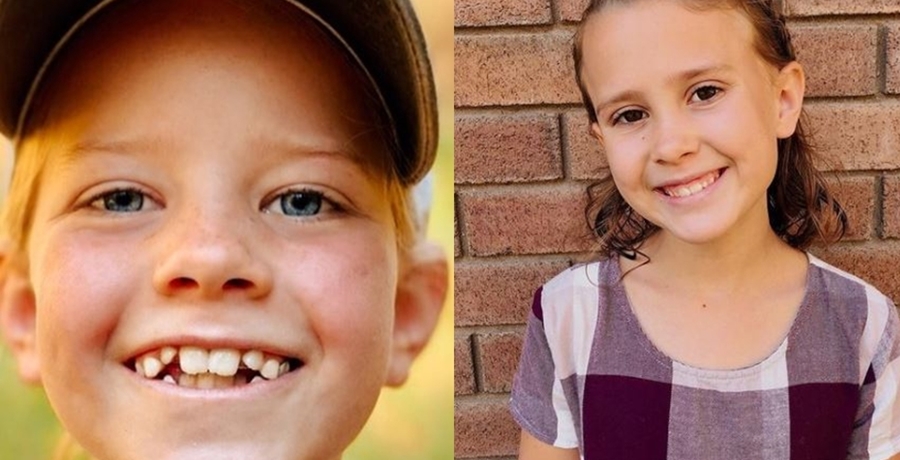 The Blended Bunch brings a very large family to the TLC Network and two of the kids are Lily and Sophie Means. Just two of the seven kids that Erica and Tony Means had together, they say that they no longer feel so sad. After all, their dad died of brain cancer, so that’s quite a tribute to their new life in the Shemwell family. The two girls are a year apart and Lily recently turned 10 tears old. In a short teaser for the show, they both agreed that life’s looking up for them these days.

The Blended Bunch kids, Lily & Sophie seem to like their new family

TLC brings plenty of large families to the screen, like Doubling Down with the Derricos and Counting On. However, the combined Shemwell and Means family also bring tragedy and adoption issues. Erica Means and Spencer Shemwell married just three years after his wife Aimee died in a car accident. He drove the vehicle that killed his wife. Meeting through a widow’s support group, Erica and Spencer quickly tied the knot and hope to adopt Erica’s kids into the Shewell family.

We reported that the Shemwell family shared bios of all the kids in The Blended Bunch. Spencer’s child Harper is the same age as Sophie, and they get along very well together. In one photo shared by the family, Sophie hugged her new-found sister, Harper. Meanwhile, it’s very clear that Sophie also gets along very well with her sister Lily. When her dad died, Sophie was just four years old. Nevertheless, she seems like a very sweet-natured young girl.

On March 10, Lily celebrated her 10th birthday with a huge cake. And, TLC fans saw a photo of The Blended Bunch child smiling sweetly. The Shemwell Bunch on Instagram said that when her dad passes away, she was just five. And they described her as a “ray of sunshine,” with a “spunky” attitude to life. Always “optimistic,” she enjoys making friends. So, it seems nice for her that she lives in a house with a whole bunch of new friends. Perhaps, that’s why she doesn’t feel so sad about her dad passing away.

In a teaser shared on YouTube for The Blended Bunch next week, the TLC kids revealed that they adjusted to life in the Shemwell family. The outlet captioned it with, “Get the inside scoop from these two.” Well, possibly they released that because some critics think Erica and Spencer rush things by marrying quickly. And others agree with Erica’s brother, Quinn that Spencer should not adopt the kids. Plus, he thinks that Spencer gets a built-in child-carer while his sister Erica is nothing more than that.

In the teaser, the two girls from The Blended Bunch seemed to focus on how much better life seems since their mom married Spencer. After introducing themselves, Lily explained “what happened.” She said, “Our dad got very sick and passed away.” Next, she said they all felt “very sad.” Then, she continued by saying, “Then my mom met Spencer.” And, “they all “love each other.” They enjoy the fun of being “one big family.”

Sophie added to it by saying that not all the kids get along well. Apparently, her other sister Emma doesn’t get along with Harper all that well. But with 13 kids in the family, there’s bound to be a few clashes here and there. Do you agree?

Meet #TheBlendedBunch kids starring Sophie & Lily! Get the inside scoop from these two and catch all new episodes Tuesdays at 9/8c. 🤩 pic.twitter.com/yUx6VmjAY4

Remember to tune into TLC for more of Lily & Sophie. The Blended Bunch airs on Tuesdays at 9/8c.