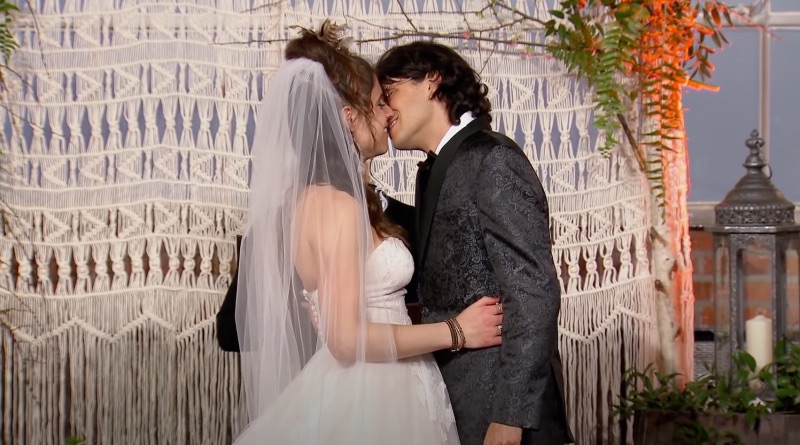 Married at First Sight pair Bennett Kirschner and Amelia Fatsi are still one of the most talked-about couples among watchers. Even though their season in New Orleans ended – and a new season is underway in Atlanta – many viewers wonder what they are up to since filming wrapped.

Married at First Sight followers keeping up with Amelia Fatsi’s journey off-camera know she is in the middle of her residency in Virginia. Even though she filmed her season of the Lifetime show in New Orleans, she had to relocate to further her progress toward becoming a doctor. The average residency lasts anywhere from three to seven years. So it looks like she will be there a while.

Amelia Fatsi had instant chemistry with her husband, Bennett Kirschner, on Season 11 of Married at First Sight. Meanwhile, how they would navigate their relationship amid her relocation was an early hurdle for the pair. After some time apart, Bennett decided to move to be closer to his wife – and they seem to be stronger than ever.

Amelia Fatsi hasn’t updated her Instagram followers since December of 2020. But it could be the Married at First Sight wife is hard at work. She could also be busy spending time with her husband. Either way, it has been some time since she shared an update with her followers.

Moving out of state to be with your new spouse can be a daunting thing for some people. Meanwhile, after doing the long-distance relationship for some time, Bennett Kirschner decided to follow his new Married at First Sight wife to Virginia. In addition, it didn’t take Bennett long to find his feet.

Bennett Kirschner has a very likable personality. He is quirky – and it didn’t take long for Married at First Sight watchers to fall in love with him. Because of that quality, he seems to attract new friends wherever he goes. Luckily for him, he was able to land a great job as an energy consultant in Virginia. He helps people save money with solar panels. Moreover, as a bonus for him, he is able to put his creativity to good use as well.

For the vast majority of married couples, that first year of marriage is often the hardest. This is especially true when you marry a stranger on national television. But, from the very beginning, Bennett Kirschner and Amelia Fatsi took it all in stride. And their relationship seems to be even stronger now. Whatever the future has in store for them, it certainly looks bright.