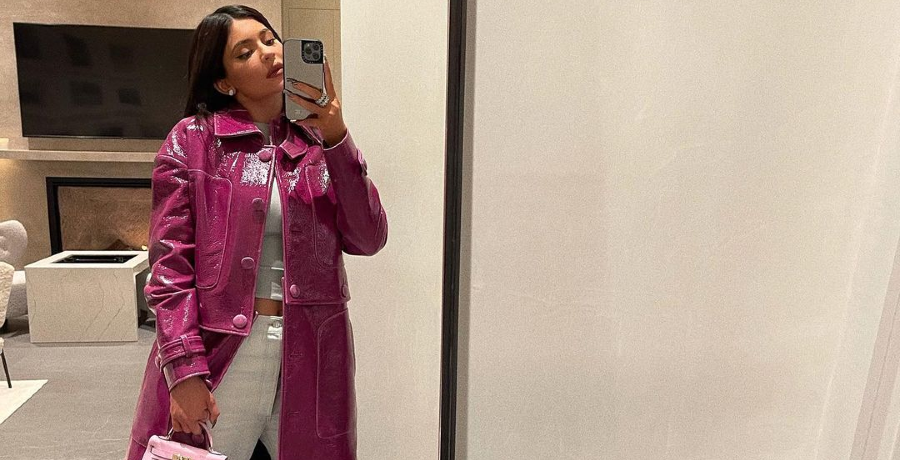 As TV Shows Ace previously reported, Kylie Jenner got major backlash this weekend. Celebrity makeup artist Samuel Rauda ended up in a serious car accident that requires extensive surgery. His friends helped set up a GoFundMe page with a $60,000 goal to help pay the medical costs. However, Jenner only donated $5,000 and shared the GoFundMe page with her fans.

She isn’t the only celebrity who donated. Bella Thorne also donated $5,000 and Amelia Hamlin, daughter of Lisa Rinna and Harry Hamlin, donated $100. But fans think Jenner should’ve donated more since she’s a self-proclaimed billionaire. The reality star reportedly earns $1.2 million for a single sponsored Instagram post. The KUWTK star spoke out after the backlash and doesn’t think the criticism is fair to her.

According to Jenner, she’s not even close to Rauda anymore.

The Kylie Cosmetics founder spoke out following the criticism of her donation for the GoFundMe in an effort to help out the makeup artist. She previously took to her Instagram Story to pray for Rauda before directing her 222 million followers to a GoFundMe started to help pay for his medical care. Many wondered why the makeup mogul didn’t just pay the entire bill herself.

On Monday, March 22, Jenner took to her Instagram Story to share her side of the story. She wanted to clear up the “false narrative that I’ve asked fans for money and am not paying for my makeup artist’s medical bills.” The Instagram model says that only those who know her “know that I do things from the heart.” Jenner claims to be “helpful whenever I can be.” Then, she revealed that she’s no longer close to Rauda.

CLAP BACK: Kylie Jenner responds to backlash for asking people to donate to her make up artist’s GoFundMe. Kylie says “Anyone that knows me knows that I do things from the heart and I try to be helpful whenever I can be.” pic.twitter.com/Im0j7dpFCb

“Sam isn’t my makeup artist and unfortunately we don’t have a personal relationship anymore but I have worked with him a few years ago and think he’s the sweetest,” Jenner explained. “I saw my current makeup artist and friend Ariel post about Sam’s accident and his family’s GoFundMe and I called Ariel immediately to see what happened to Sam.”

Social media critics aren’t buying her statement though. In 2020, Kylie Jenner became the highest-paid celebrity, according to Forbes. At the time, she had an estimated worth of $900 million. Critics don’t think she should be encouraging her fans and follower to donate money for a cause she could easily cover herself.

the fact that kylie jenner has the audacity to ask for donations for her friends/makeup artists emergency surgery (60,000) while shes worth a whole BILLION is very character telling ahahahahahaahahahahaha im so embarrassed for her

kylie jenner bought her toddler a $15,000 handbag but is asking her fans for money pic.twitter.com/dH4Rua6Imk

Her makeup artist apparently needs $60k. Kylie Jenner paying that would be like someone with $100k net worth sparing $6.72 to pay off a friend's medical bills.

But in her statement, Jenner wanted to share the fundraising campaign “on my stories to gain more awareness if anyone felt compelled to share or donate.” She doesn’t understand how the social media attention “got twisted but his family has reached out through Ariel and are very appreciative.” As of Wednesday, March 24, Twitter users still have thoughts on Jenner’s GoFundMe fundraiser request and donation.

What are your thoughts? Do you agree that Kylie should’ve donated more money? Sound off below in the comments.