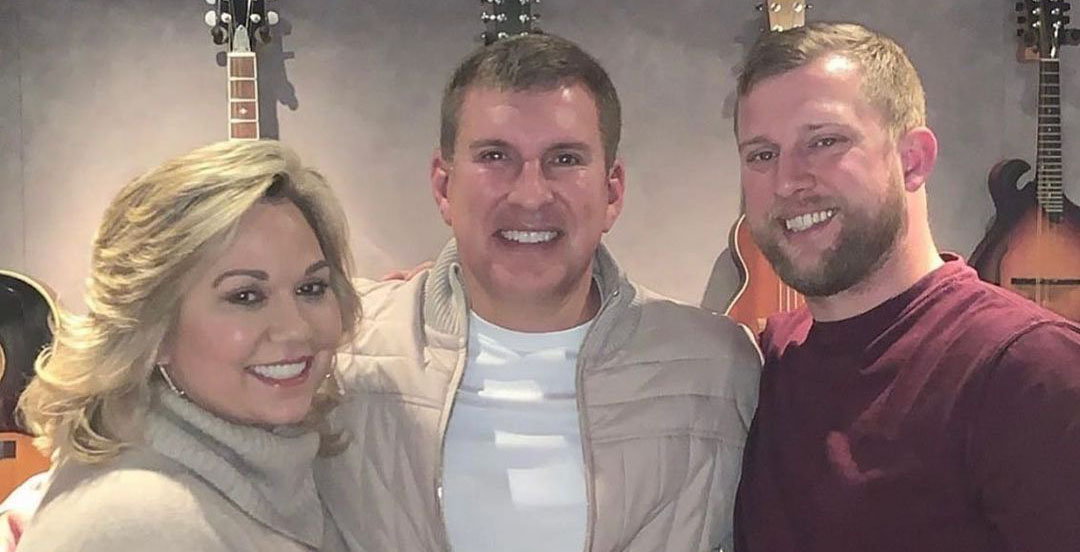 Kyle Chrisley is the oldest son of Chrisley Knows Best star, Todd Chrisley. Up until recently, Kyle was on the outs from his father and the rest of the family. However, it seems that this father-son relationship has turned over a new leaf. Fans are eager to learn more about Kyle Chrisley. Keep reading to find out Kyle Chrisley’s age, net worth, and dating history, to include information about his former wife.

Kyle Chrisley- his birthday and age

Kyle Chrisley was born on August 29, 1991. He is the youngest child of Todd Chrisley and his first wife, Teresa Terry. His sister is Lindsie Chrisley. Additionally, Savannah, Chase, and Grayson are his half-siblings. Keep reading to find out more about what’s been going on in this 29-year-old’s life.

With a father as well-known as Chrisley Knows Best Todd Chrisley, fans expect to know Kyle Chrisley’s net worth. According to Legit, as of two months ago, Kyle’s net worth is in the ballpark of $500,000. Sources speculate that this net worth comes from his music career.

What we know about Kyle Chrisley, his former wife, and other relationships

In 2014, Kyle and his wife at the time, Alexus Whilby released three songs together. These songs are “Shame On You,” “Country Baby,” and “Outta Here.” There is also speculation that Kyle receives compensation for his appearances on Chrisley Knows Best. However, after the first season, Kyle doesn’t appear much. Allegedly, this is due to his struggles with addiction.

Notably, Kyle Chrisley has been in a few relationships – married or otherwise. One of his first relationships to garnish media attention is with Angela Johnson. In 2012, the couple welcomed their daughter, Chloe. Unfortunately, this relationship wasn’t without drama. According to Live Ramp Up Johnson alleges that Kyle choked her while she was pregnant. Unfortunately, the allegations don’t stop there. She further alleges that he attacked her with a knife while she was holding Chloe.

Eventually, Todd and Julie Chrisley gain custody of Chloe. Chrisley Knows Best patriarch, Todd Chrisley doesn’t hold much back. Discussing Kyle’s mental health is no exception. “Kyle is bipolar and normally people that are bipolar, they seek out a way to self-medicate, which is what Kyle has done since he’s been young.” Reasonably leading people to believe that he has custody of Chloe because, for whatever reason, Kyle is an unfit father.

How Todd gets custody of Kyle’s daughter

Sadly, Distractify gives significant details to the events that lead to Chloe going to Todd. A year after Chloe is born, Kyle is arrested and charged with assault. At this time, shared custody went to Todd, and her mother, Angela. Unfortunately, in 2016, Angela was arrested for “allegedly claiming Chloe as a dependent to defraud Medicaid and food stamps.” Ultimately, this grants Todd full custody of his granddaughter.

After ending things with Angela Johnson, Kyle Chrisley goes on to date (and eventually marry) Alexus Whilby. At one point, the duo made up the band Lexi and Kyle Chrisley. Prior to their musical endeavors, Lexi was already well-established as an entrepreneur and the proprietor of Home Design & Business Development, according to TV Star Bio.

Ultimately, things didn’t end well for Kyle Chrisley and his wife, Alexus Whilby. While some credit Whilby for helping Kyle turn his life around after dealing with drugs, it doesn’t take long for this relationship to share some similarities with his previous relationship with Angela Johnson. This time, there are allegations of life-threatening text messages. People also speculate, about this time, that Kyle relapses back into drug use.

Unfortunately, it seems that the speculations about drug use are justified because in May 2019 Kyle Chrisley is charged with “felony possession of methamphetamine,” reports Distractify. The sources also report that there was an open warrant for the alleged death threats Kyle made against Alexus.

Mending broken bridges and getting engaged

Luckily, things seem to be going better for Kyle Chrisley. He recently mends broken bridges with his family. Also, TV Shows Ace reports Kyle calls his new girlfriend, Ashleigh Nelson, “the love of his life.” Surprisingly, the couple was able to keep their relationship under wraps for over a year. However, when Kyle popped the question, he couldn’t keep his excitement to himself. The couple shares the news with their Instagram followers. “I couldn’t imagine my life without you and now I don’t have to,” Kyle captions a photo announcing the engagement.

All in all, things seem to look like they are going very well for Todd Chrisley’s oldest on. Are you shocked to learn all this information about Chrisley Knows Best Kyle Chrisley? Let us know in the comment section below. Come back to TV Shows Ace for more Chrisley news.