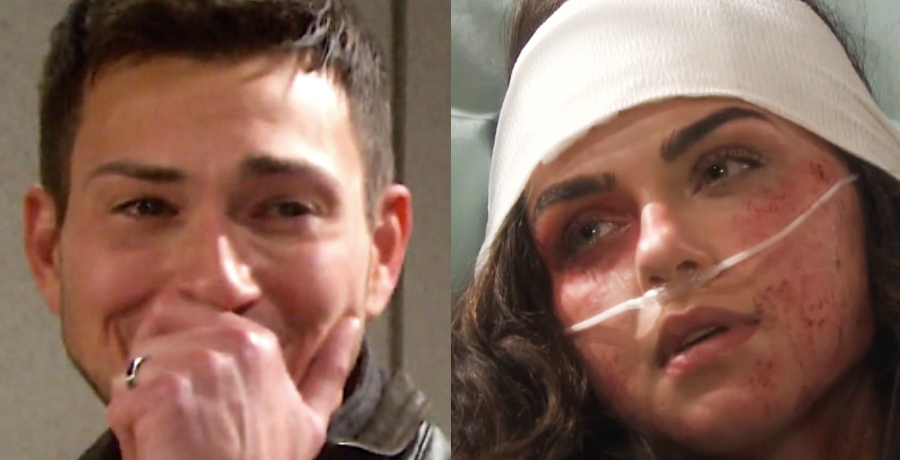 Days of Our Lives spoilers for Thursday, March 25, 2021, reveal Ben chomping at the bit to reunite with his wife, but Ciara still can’t remember anything about the last few years of her life. However, she can remember the loves who came before Ben.

Days of Our Lives Spoilers: A New Love Triangle?

It’s bad enough waking up in a hospital bed but it has to be worse learning that you missed several years of your own existence and married a serial killer during those lost years. Ciara learns from her family that Ben (Robert Scott Wilson) is now healed and reformed and not the maniacal murderer he once was, but she still has no idea what he wants from her.

Ben is desperate to get through to Ciara (Victoria Konefal) and make her remember their epic love story, but a former flame shows up in town to put a damper on those plans. 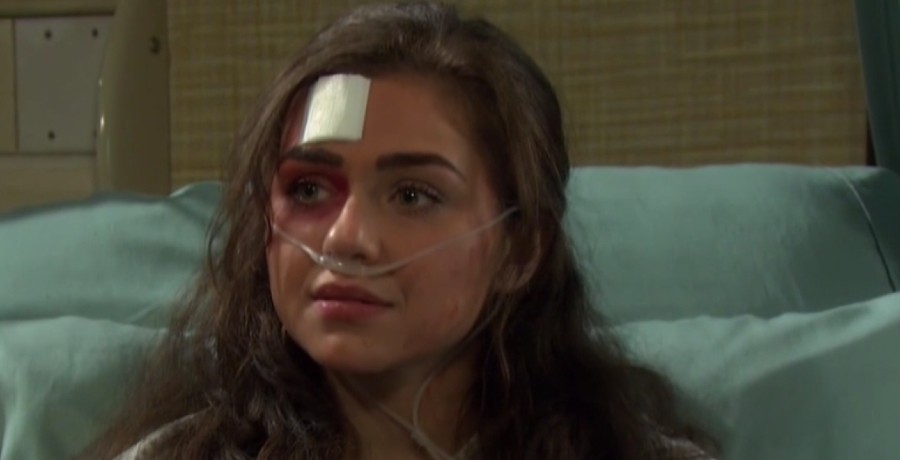 Theo Carver (Cameron Johnson) is back in town and that’s quite a distraction for Ciara. She remembers being in love with Theo and being in love with Tripp (Lucas Adams). So, when Ben does everything he can to make Ciara remember him, all he manages to do is drive her further away. They fought so hard to be together and one traumatic kidnapping and another traumatic bump on the head ruined everything.

A Happy Day For Lani And Eli

Lani (Sal Stowers) and Eli’s (Lamon Archey) journey to happiness and parenthood was fraught with angst and tragedy. A one-night stand led to an unplanned pregnancy that ended with a stillborn little boy. Eventually, the pair found their way back to one another (after Gabi blackmailed Lani and Lani almost became a nun). They finally wed, Lani gave birth to twins, and then those twins were kidnapped.

Thankfully, Lani and Eli got their babies back from Vivian (Linda Dano) and Ivan (Ivan G’Vera) and how christening day is here and family members gather for the happy occasion. Julie (Susan Seaforth Hayes), Doug (Bill Hayes), Abe (James Reynolds), and Valerie (Vanessa Williams) can’t wait to celebrate, and neither can Aunt Paulina (Jackee Harry), who has her own set of problems.

Her daughter Chanel (Precious Way) makes her way to Salem and is as flamboyant as her mother. She makes waves with Tripp and Claire (Isabel Durant) in Horton Square when she refuses to pay her bill after sharing drinks with the pair.

Chantal also makes waves with Paulina, as the newcomer is shocked to see her daughter in Salem. She was certainly never informed a visitor was on her way. Days of Our Lives spoilers tease that the older woman insists that her daughter gets a job. This is despite how wealthy they are. Where will Chantal end up working and how much drama will she cause for the town’s younger set?