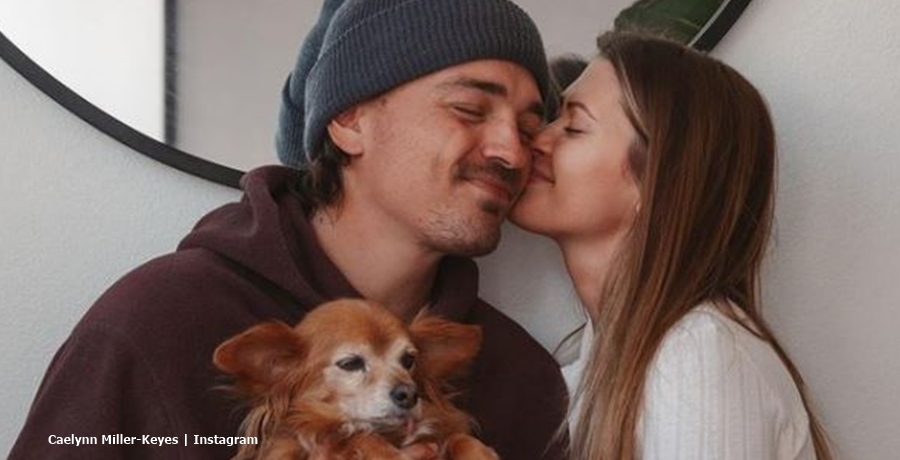 BiP Dean Unglert and Caelynn Miller- Keyes seem very close these days and fans love it. After all, they didn’t initially work out. Now, Dean talked about her”unconditional love.” Caelynn certainly seems to know the way to lock in his heart. Not yet married, the couple held a “commitment ceremony,” and so fans think of them as engaged already. Ultimately, their success story gladdens the hearts of ABC followers.

Dean and Caelynn share plenty of videos and photos on their Instagram. Fans love the way they seem much closer than they ever expected. After all, Dean gave Caelynn the impression that he seemed not all that serious about pursuing their relationship after the show ended. He talked a lot about his lifestyle traveling and living in an RV. Consequently, it looked like the Bachelor in Paradise star suggested that she either adapted to him, or he’d move on. So, fans thought way too many red flags came along. Especially, as Caelynn initially seemed keen on Blake Horstmann. However, they split at one stage.

Luckily, things worked out and we reported in June last that BiP‘s Dean Unglert and Caelynn laughed about Dean dumping her on her birthday. Dean said on Instagram, “This time last year, some jerk was breaking up with her on a beach in mexico. hopefully this birthday goes a little smoother for @caelynnmillerkeyes 🤞🏻.” Well, they both mentioned it, and all seems well in their lives now. Especially, since the coronavirus quarantine and the adoption of the rescue dog pappy. Also, their relationship with that little dog certainly looks to be of the “unconditional love” kind.

The Help! I Suck at Dating podcast – Dean opens up on love

BiP’s Dean Unglert also runs a podcast with Jared Haibon. Called Help I Suck at Dating, he often gets quite candid on it. Recently, Yahoo Entertainment reported that he talked about “unconditional love” and his relationship with Caelynn Miller-Keyes. They discussed what Caelynn did that “helped him bring his walls down.” Recall, Dean suffered a serious accident skiing in Switzerland. At the time, fans wondered if cracks appeared as she spent Christmas in the USA but he traveled to Europe. When he ended up in a Swiss hospital, she rushed over there.

Maybe, they both realized then how much they actually care about each other. Now, BiP star Dean Unglert feels totally accepted no matter what. He told Jared “I can be my dirtiest, grungiest self — doesn’t matter…She still loves me and accepts me and appreciates me for being that. I think that’s the biggest thing.” He elaborated and talked about “unconditional love.” He agreed that’s a huge “part of ” why he thinks he was finally able to accept that someone could love him for who he is.

Bachelor in Paradise fans often thought that Dean seemed a bit moody sometimes. BiP star Dean Unglert sometimes seemed a bit of a loner. He mentioned that he wanted Caelynn to see both sides of him. He seems grateful that she understands that sometimes he just needs to “be alone.”

What do you think about Dean and Caelynn? Let us know in the comment section below.

Plath Family Pays Tribute To Deceased Brother Joshua On His Birthday
Meri Brown Hangs With Her Sisters, Ponders Bonnie’s Death
Colton Underwood DRAGGED For Coming Out & Here’s Why
Whitney Way Thore Like You Have Never Seen Her Before
Years Of Botox Leaves Simon Cowell’s Face ‘Stuck Like That’ Experts Confirm