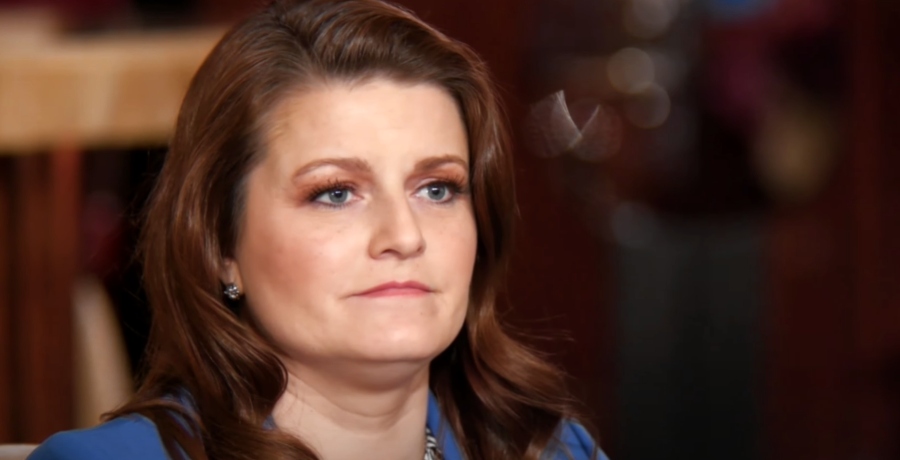 Sister Wives fans have watched for years as the Brown family repeatedly moves. One of the reasons for this is it was against the law to practice plural marriage in Utah. However, that changed last year. While fans are just now seeing the news about decriminalizing plural marriage on the show, these changes took effect in May of 2020. However, Sister Wives Robyn Brown is just now tweeting about it since it corresponds with the timeline of the most recent episode TLC airs. Unfortunately, some followers on Twitter aren’t kind and call Robyn out. Keep reading to find out why some people think Robyn, and the rest of the Browns, are still felons.

What’s it mean to be a felon?

It’s not uncommon for there to be a wealth of misinformation on the internet. Several people have taken to social media to call the Brown family felons. However, that is not the case. Unless something has happened that the public has not been made aware of.

Until someone is convicted of a felony, they are not a felon. So just because the world knows that the Browns are practicing polygamists, since they haven’t been charged with the crime or convicted of the crime (to anyone’s knowledge) – they can’t be felons. However, that doesn’t stop people from throwing that term around when it comes to the Browns from Sister Wives. Sadly, that just goes to prove how the internet can easily lead to miseducation.

Robyn Brown feels ‘lucky,’ but followers call her a felon

Loyal Sister Wives fans love that they can watch new episodes with the stars of the show as they tweet along. In last week’s episode, viewers saw how Utah decriminalized polygamy. Robyn Brown takes to Twitter to share her thoughts and feelings on this change in the legislature.

“I used to think that I would never see the day when the horrible polygamy laws would be changed,” tweets the reality television star. She goes on to share how that makes her feel. “I feel pretty lucky to see this day. I hope this blesses the plural families in Utah.” While seemingly innocent enough, some followers can’t help but put their two cents in.

Given the tremendous fanbase Sister Wives has, it seems like this fan’s comment mirrors the quiet majority. “I don’t understand polygamy relationships but I don’t judge you guys either. We all have to choose the life we want to live. Hope only the best for you guys,” writes the fan.

The celebration is shortlived, negativity takes over

Sadly, it doesn’t take long for the negativity to make an appearance on this celebration tweet. It begins with one follower writing, “However you are still a felon in Arizona so…” While given the definition above, that isn’t the case, however, the harsh misuse of the word felon is there to make a point.

Do you think the Browns will consider moving back to Utah now that plural marriage is decriminalized? Let us know your thoughts in the comment section below. Come back to TV Shows Ace for more Sister Wives news.