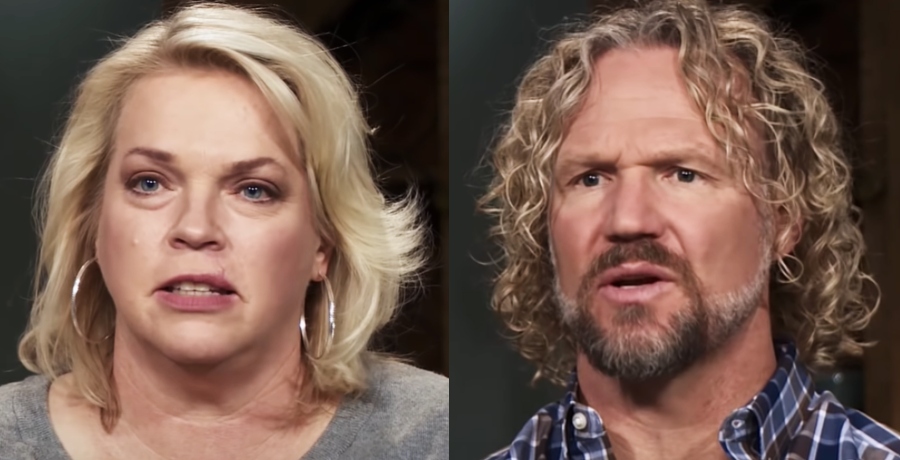 The current season of Sister Wives takes viewers back to about this time last year. Unfortunately, this is about the time that everyone is growing increasingly concerned over COVID-19. Throughout the initial episodes of Season 15, fans see how each of the wives addresses their coronavirus concern. As TV Shows Ace previously reports, Janelle asks Kody to “stay away” from her home during this time. Keep reading to find out if this causes a tiff between Kody and Janelle in regard to some of the older kids.

Are Kody & Janelle Brown in a tiff over their grown children?

Ultimately, Janelle Brown chooses to make an informed decision about what is going to happen in her home because of growing COVID-19 concerns. “So I’ve been watching the news and they’re starting to talk about everybody staying home, but I have Garrison, who works with construction crews and stuff here in town,” explains Janelle. However, that’s not all. “I’ve got Gabriel, who is being careful associating with his friends, but I can’t guarantee what that looks like yet,” continues Janelle. Ultimately, she tells Kody to “stay away”.

While tweeting about the recent Sister Wives episode, Kody and Janelle Brown get on the topic of adult children. It appears that Kody has some frustration about how Garrison, 22, and Gabriel, 20, chose to conduct themselves at the height of the coronavirus pandemic. “Gabriel and Garrison both could have topped their social lives for me to return home,” tweets the polygamist patriarch. However, he doesn’t stop there. Kody Brown goes on to call out his sons’ behavior on Twitter. “They say ‘unfair’, but never changed their behavior,” he tweets. He goes on to call out his own wife. “and @JanelleBrown117 didn’t insist on it,” concludes Kody.

You know, I live with adult children. I cannot simply “ground” them. And I sure as heck wasn’t going to turn them out of the house in the middle of the pandemic. I was between a rock and a hard place. https://t.co/O7x7lfH6jJ

How does Janelle Brown handle the grown kids?

It’s hard to believe that this is coming to light nearly a year after it happened, but maybe seeing the episode opened an old wound. It is easy to see how Janelle could be annoyed with Kody’s tweet, however, it seems that she handles the situation with poise and grace. “You know, I live with adult children,” Janelle points out. “I cannot simply ‘ground’ them. And I sure as heck wasn’t going to turn them out of the house in the middle of the pandemic,” further explains Janelle. “I was between a rock and a hard place,” tweets the Sister Wives mother.

The couple’s Twitter followers have something to say about this. Most of them agree about Garrison. This is because he is working. However, they can’t seem to find much of an excuse for Gabe. “But Garrison was working, so him having to be out was understandable,” writes a follower. Their thoughts on Gabe, aren’t too nice. “I will say that y’all raised a monster in the other one,” the follower says in conclusion. Another person even points out that “Gabe is acting like it’s no big deal.”

Ultimately, Janelle had to do what is best for herself and her home. Do you think that she and Kody are still in a tiff over her decision? Let us know in the comment section below. Come back to TV Shows Ace for more Sister Wives news.

Unflattering Accusations Surface About ‘Bachelorette’ Front-Runner Greg Grippo
Brush Up On Brendan Morais Before ‘Bachelor In Paradise’
‘My Big Fat Fabulous Life’ Season 9: Air Date, What We Know
‘My Feet Are Killing Me’ Season 3: Release Date, What We Know
Fans Worry About Newest Busby Addition: Is Jealousy An Issue?