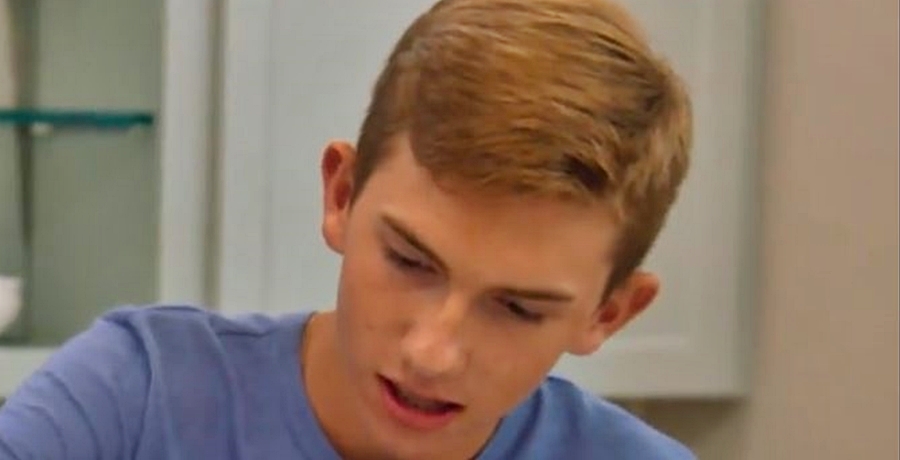 Chrisley Knows Best fans love watching Grayson grow up. No longer a cute little boy, he morphs into a tall and handsome young teen. The youngest biological child of Todd Crisley and Julie, he seems a nice mix of both his parents. And. much younger than Savannah and Chase, fans think he’s his dad’s favorite in the family. Actually, he fast becomes a fan-favorite as well.

Five months ago, we reported that fans couldn’t get over how tall Grayson grew. It came shortly after Todd reactivated his youngest son’s account on Instagram. He opened it along time ago. But, that seemed merely as a name-holder account. These days, his dad who manages the page, posts a lot more. He shared a photo of him playing baseball. He captioned it with, “That moment when you know it’s gonna be smoke.” Well, fans know Grayson loves his baseball.

Plenty of Chrisley Knows Best fans talked about the fact that Grayson probably grows taller than Chase and his dad. However, USA Network fans like him for more than his tall physique and his love for baseball. Not always the perfect son, he seems like a genuinely nice kid. Recall, that Grayson once crept out of the house to go to a party. Furious, his dad grounded him. So, a bit of discipline seemed to do him the world of good. Fans find little to complain about, and they grow very proud of him in a vicarious way.

The photo of handsome Grayson

The Chrisley Knows Best network’s Instagram account shared the latest photo of Grayson on Monday this week. He stood outside on the lawn wearing his t-shirt and short pants. Still very lanky, when he fills out, it looks like he might dwarf his brother Chase. But clearly, he spurted up a bit more since Todd shared his post of Grayson playing baseball last year. Life & Style noted that he’s at the age where he thinks about dating girls. Certainly, fans don’t think he has anything to worry about on that front.

Fans commented the Chrisley Knows Best star looks really handsome in the new photo. Here’s what some people said about the young teen

What are your thoughts on Grayson from Chrisley Knows Best? Do you agree that he’s a handsome young man and a very pleasant teenager? Sound off in the comments below.