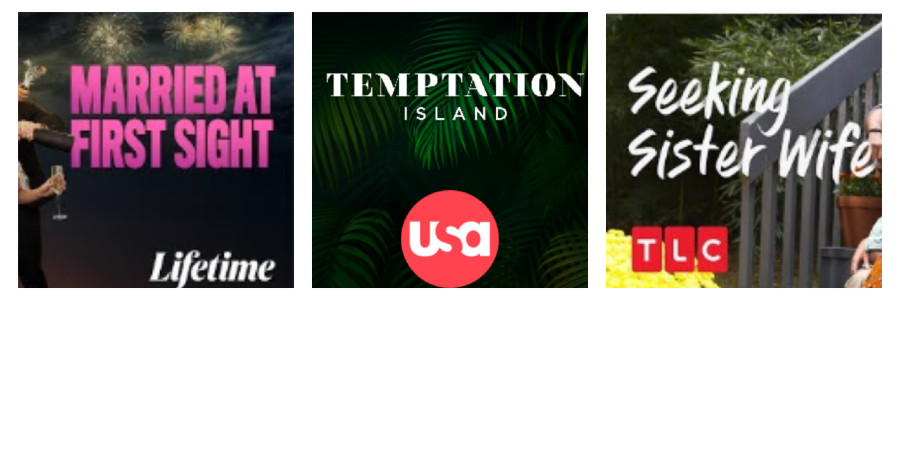 Season 25 of The Bachelor really was the “Most Dramatic Season Ever.” It wasn’t the first time the contestant and his final rose pick broke up before After the Final Rose. But it was the first racially-charged breakup. Matt James dumped Rachael Kirkconnell after photos leaked online of her attending an ‘Old South’-themed party in 2018.

During ATFR, he explained that she did not understand why he was upset about the photos at first, ultimately dooming their relationship.

If you’re looking for a new reality TV guilty pleasure show to watch now that Bachelor is over, we’ve got your back. Check out some of these reality shows currently airing new seasons.

Remember when TLC was The Learning Channel and featured birth videos? Well, the network has since expanded the quality of content while shortening its name. TLC is home to fan-favorites such as Sister Wives, Seeking Sister Wife, Outdaughtered, and an onslaught of 90 Day Fiance spinoffs.

Sister Wives just started its 15th season. The show features Kody Brown and his four wives – Meri, Robyn, Christine and Janelle – as they try to navigate a “plural marriage.” Airs: Sundays on TLC, also on discovery+.

Seeking Sister Wife kicks off Season 3 on Monday, March 22. Unlike Sister Wives, the plural marriages on Seeking Sister Wife aren’t already established. The show follows various couples during their quest to find another wife to join the marriage. Airs: Mondays on TLC.

OutDaughtered stars Danielle and Adam Busby are parents to six daughters. Their eldest daughter, Blayke, was born in 2011. In 2015, the quints came along. Season 8 of the show just premiered last month. Airs: Tuesdays on TLC, also on discovery+.

Get Your Reality TV Fix With Married at First Sight

The premise of The Bachelor is for one man to date multiple women, sending one home every week until he finds the one he wants to marry. What if the show skipped all that and went right to the wedding?

There’s a show about that. Lifetime’s Married At First Sight matches complete strangers who marry immediately. Their first date is their wedding day. Bachelor alum Jamie Otis met her husband Doug Hehner on MAFS. The show has a higher success rate than Bachelor Nation couples! Airs: Wednesdays on Lifetime.

Bachelor Nation gives contestants who didn’t get engaged or find love another chance in Paradise. A new season of Bachelor in Paradise is hopefully coming this summer, but why wait? Temptation Island sends couples to a tropical paradise where hot singles await to tempt them. Airs: Tuesdays on USA network.

If you need a break from reality TV, but still crave drama, check out ABC on Thursday nights. Station 19, Grey’s Anatomy and A Million Little Pieces resumed airing new episodes this month.

Bachelor Nation fans won’t have to wait too long for more drama in the mansion (or generic resort – Thanks, COVID.) Reality Steve reports that Katie Thurston’s season of The Bachelorette is already filming.

Furthermore, his sources indicate BiP will start filming in June. And fans will get a bonus Bachelorette season this year. Michelle Young will lead Season 18, set to debut this fall.

What are you watching now that The Bachelor’s season is over? Let us know in the comments.