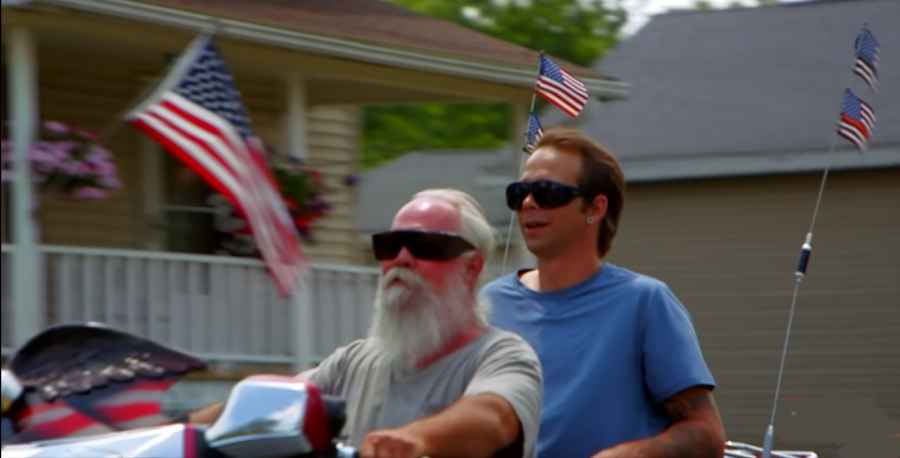 After a two-year break, Return to Amish is finally returning to TLC for its sixth season. While the season will bring new faces, the drama with existing cast members is still set to be intense. This particularly relates to Jeremiah Raber and his meeting with his biological family. On Sunday, Raber opened up on his Facebook account telling fans he will have to relive some “very sensitive moments” on the show. However, he did say it was worth every moment.

Season 6 of Return to Amish premieres on Monday, March 22. In a trailer for the new season, it is clear that some cast members will not be returning. Fans will also see a couple of new stars, as Maureen and Rosanna join the cast. The two Amish girls are heading out into the “English” world for the first time.

Among the drama, Jeremiah Raber and his wife, Carmela, return to the show. While fans doubted their marriage would last, it is good to see them still together and in a good place. However, the drama will surround Jeremiah as he finally tracks down his biological family.

Fans will recall that Jeremiah was adopted into the Amish community. Like many adoptees, he has been actively searching for his biological family. Now, it seems his search has finally paid off.

With Season 6 of Return to Amish set to air on Monday, March 22, Jeremiah took to his Facebook page. He wrote a moving message, saying he will get to relive some “very sensitive moments” on the show. The season will cover his emotional journey while finding answers about his biological family. While it has been a stressful journey, Jeremiah added that it was and will be worth every moment. Raber added that he hopes his followers enjoy watching his story as it unfolds in the new season.

In the trailer for Season 6, we watch as Jeremiah meets his biological father. An emotional scene sees the pair hugging and almost in tears. However, he also gets to meet others in his biological family, including his grandmother.

Tensions between Jethro and Jeremiah

Meanwhile, Sabrina is pregnant again, for the first time since her drug overdose, which happened shortly after filming Season 5. She is having her second child with Jethro, a new addition to Return to Amish cast. Besides Jeremiah’s moving family reunion, it seems previous tensions between Jeremiah and Sabrina have cooled. Despite this, their friendship is still being tested through her relationship with Jethro.

One tense moment in the trailer reveals Jeremiah rushing down the stairs to confront Jethro. He heads outside to confront him over lies he has been telling. However, hopefully, the situation resolves in later episodes.

Meanwhile, Jeremiah’s business partner, Ada, introduces Rosanna and Maureen to the show. We meet the girls as they decide to find out if there is more to this world. Both feel the Amish lifestyle is boring and both are looking for fun.