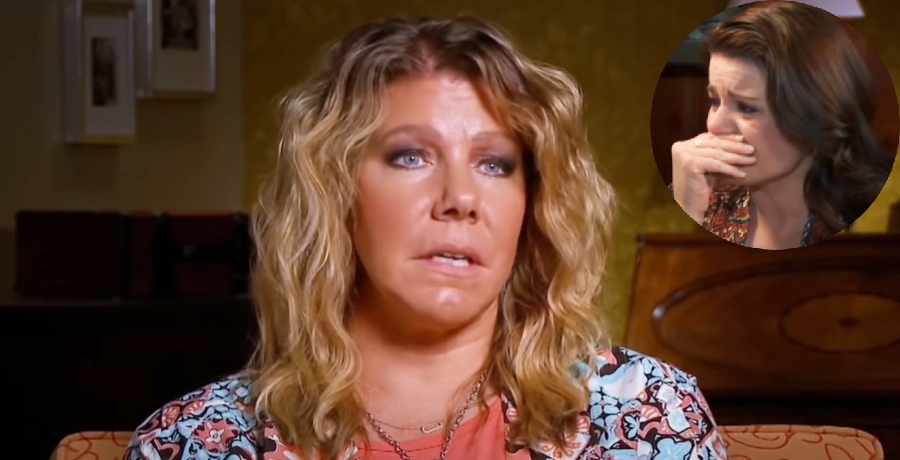 Sister Wives fans watch as the wives go through many changes. Throughout fifteen seasons, it is apparent that each wife has their own loyal base. Conversely, there are also some wives that certain people like less than others. That being said, it is one of the reasons that Robyn has earned the monicker “Sobbyn Robyn.”  It seems like she’s always crying about something. However, Meri Brown seems back and forth on a lot of things lately, as documented on her social media accounts. This has fans wondering, is Meri Brown the new Sobbyn Robyn? Keep reading to find out more.

Is Meri Brown taking a page out of Sobbyn Robyn’s book?

Sister Wives Meri Brown recently took to Instagram to explain herself…again. From the looks of her social media, it doesn’t seem like Meri knows what she wants. Sometimes she complains about the attention and advice she receives from onlookers. However, she seems to perpetuate it when she comes to social media to defend herself. Consequently, this has some people likening Meri to Sobbyn Robyn.

Notably, Meri’s most recent post has a very long caption. However, the quote, in the beginning, sums it up nicely. It reads as follows. “I know my value, anyone else’s opinion doesn’t really matter,” writes Meri. After that, Meri goes on to give a list of things that she “gets”.

The caption goes to show that Meri pays attention to what is said about her on social media. She acknowledges that she’s “in the public eye” and that people “want the best” for her. Does she know that there is a group of fans that are calling for a Meri Brown spin-off show? One fan has already dubbs it “Moving On With Meri”.

Throughout the caption, it is apparent that Meri knows she has people who have her back, but she’s also aware of the haters. She goes on to explain that she knows her “worth” and “value.” Assumably, this could be a dig at people that tell her she’s too good for Kody.

She also says, “That I know what’s in my heart and my head.” While her whole post is cryptic and open to interpretation, this could mean she knows her next move with the Kody situation. Consequently, she may not be ready to share that with the world. After all, she does say, “I’m not a quitter.”

Next, Meri goes on to show gratitude and grace towards her fans. “I’m grateful to those who reach out in kindness trying to share a kind word and supportive voice,” writes Meri.

In conclusion, she goes on to share that people try to place labels on her “on a daily basis.” “I assure you, that is not the Meri Brown that you think you know,” writes the Sister Wives matriarch.

What do you think? Does Meri Brown remind you of Sobbyn Robyn? Let us know in the comment section below. Come back to TV Shows Ace for more Sister Wives news.

Katie Thurston Slams Fashion Haters About Her Looks
Jinger Vuolo Shares Rare Photos Of Felicity, Celebrates Third Birthday
Matt Roloff Shuts Down Accusations Of Being Rich, What’s His Net Worth?
Fans Worry ‘Bringing Up Bates’ Will Be Canceled Like ‘Counting On’
Javi Marroquin Calls Cops On Lauren Comeau For Abuse, Guess Who Has His Back On This?