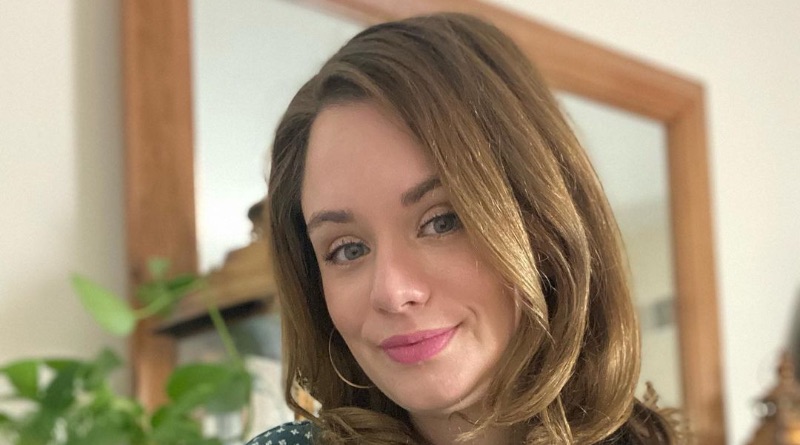 Married at First Sight cast member Kate Sisk celebrated a big day recently. What was the special occasion for the former Lifetime wife from the Philadelphia season?

What Married at First Sight cast members do after their season wraps is always a big question. This is especially true when marriages end badly – and people have to navigate the single life once again. This was certainly the case for Kate Sisk following her disastrous marriage to Luke Cuccurullo on the show.

Luke Cuccurullo is one of the biggest Married at First Sight villains in the show’s history. So it was no surprise when the pair decided to go their separate ways on Decision Day. Still, after such a whirlwind marriage, many watchers wondered what Kate Sisk would do once the cameras left. Meanwhile, she made some big moves following her time on Lifetime.

Not long after her Married at First Sight union to Luke Cuccurullo ended, Kate Sisk branched out and started her own business. She launched a line called Hidden Intimates. Her brand specializes in women’s sleepwear and lingerie. Very quickly, it was a hit with Lifetime followers. Moreover, it gave her a built-in customer base to build around as well.

Meanwhile, Kate Sisk recently celebrated the second anniversary of Hidden Intimates. In addition, it’s clear things to well for her – and that she has been able to navigate the pitfalls of being a business owner successfully. Kate shared a photo of herself holding a candle in the shape of the number two. Meanwhile, it was a great way for her to mark the anniversary of the company she started.

Married at First Sight Star Moving On to Bigger Things

Since things ended with Luke Cuccurullo on Season 8 of Married at First Sight in Philadelphia, Kate Sisk is busy doing her own thing. In addition to being a successful business owner, she is also a dog mom now. She adopted an adorable beagle pup over the course of the pandemic. Meanwhile, she often goes on adventures with her new fur baby, Billie.

More recently, Kate Sisk also launched a travel blog. The Married at First Sight star said she hadn’t used her passport since the global pandemic came around. Even so, that hasn’t dulled her wanderlust – or her desire for adventure. Even though traveling is on hold for her, she draws on her extensive travel experience to give readers the inside scoop on some of the best travel destinations around the globe. She does well for herself even though she didn’t find her forever. She clearly has a lot to celebrate as well.