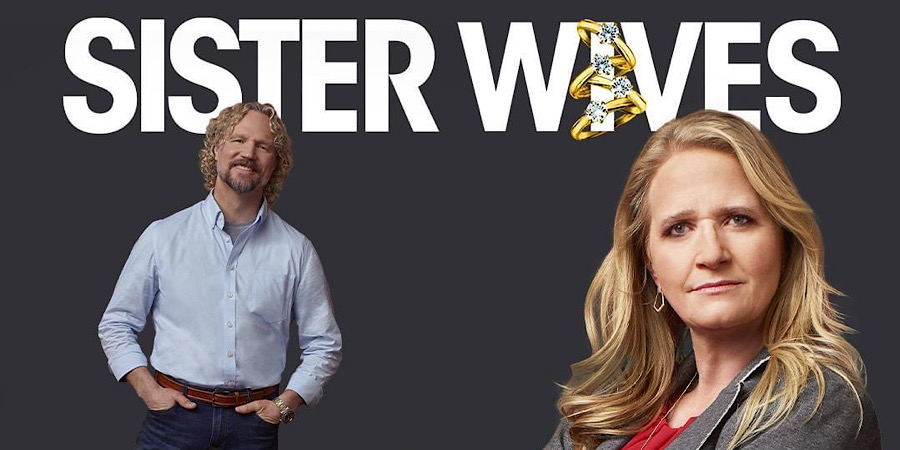 Previously on Sister Wives, the Browns faced the reality of the Covid pandemic and what it meant for their family. It has been years since they’ve lived under one roof so the risk of transmission is higher. Kody bouncing from one home to another, since the wives live miles apart, is not safe at all. Janelle is the most fearful having two teenage sons at home, one who is actively working. She decides it is best if Kody stays away for a while so he calls a virtual family meeting. At the same time, the bigger cities are getting hit the hardest so Meri wants to get Mariah and Audrey out of Chicago. Kody thinks she is at a bigger risk by flying to rescue them. He decides she will stay put and they will pack up and move to Arizona on their own.

With Covid in play, Kody and his wives must film using their phones and a remote-controlled camera. Cases have since grown and the situation has become much scarier. They still are learning day-to-day what must be done. Every wife and their kids will self-isolate and Kody will travel from home to home. However, this is making it harder for the family to reconnect when they are already struggling.

Kody is logging each day and it is now the end of March. He does not understand the situation and shares how Janelle decided he should not come over to the house for two weeks. She is trying to be very cautious but he is shocked she told him over asking. Janelle is just trying to protect her family. Christine is concerned about Janelle because everyone is just so lonely at this point.

Luckily, each wife has kids at their home, and Meri, usually the empty-nester, has Mariah and Audrey with her. The kids are actually enjoying being homeschooled and not terribly missing Kody. He is the one overreacting, as Christine says. Kody calls Mariah with advice about credit cards and supermarket shopping. Putting cards in the freezer and such. He is a little extra.

Meri says the average person needs four hugs a day and knows this is not happening right now. She is curious how life will change with Kody once the fourteen-day quarantine is over with Mariah and Audrey. Meri is hopeful he will start coming by more often but he typically only goes to see the other three wives. Kody admits he and Meri stopped dating a while ago because he stopped calling her for dates. Then it turns to politics because he calls Mariah and starts talking about politics and the economy.

Kody is all about the economy over human lives which disgusts Mariah. This is her main focus over everything but he does not think she really grasps life. Eventually, the wives and Mariah agree they need a nap after talking to him. In Vegas, Christine would tell Kody no politics when Mariah would come to town. Janelle takes her kids outside to tell them Kody is not coming by for some time. It comes out her son, Gabe has a girlfriend. This prompts Kody to believe he can’t come because of Gabe’s girlfriend and his active social life.

Robyn and Christine are not going anywhere but the market yet Janelle’s sons have to work and live. Gabe is feeling it is unfair to his mom that she will miss out on time with Kody because of their lifestyle. However, he does not want to social distance if he won’t see his dad for a month, yet he is very close to his dad. It’s a mess. It comes up that in 2004, Janelle stayed in Wyoming when the family moved to Utah. It was about eight months and Kody came when he could so they have been apart.

Kody is super pumped because he has news for the family and cannot wait to share it with Robyn’s family. The Governor of Utah decriminalized plural marriage. It is now equal to a traffic ticket. Their daughter, Ariella, 4, tried to contribute to the conversation but she just babbles. Janelle is sad she cannot go celebrate with her family because of Covid.

Kody says if he gets in trouble in Utah, he will sue the state. Unfortunately, he does not have time to think about that. Soon, a stay-at-home order is issued for Arizona from the Governor. Garrison got a letter to keep in his car so he can get to work. Groups over ten cannot get together and with their family, that’s impossible. School has now been canceled for the rest of the year and it is very hard on Robyn’s daughter, Aurora. She is a senior and just wants to walk at graduation. Robyn says in her confessional the kids don’t understand the gravity of the pandemic but this is her high school graduation.

Birthdays are also coming up. Aurora will be 18, Breanna will be 16, and Truely will be 10. These are big birthdays and they usually celebrate as a family. This cannot happen. So, the girls ask Robyn and Kody for a dog for their birthday gift due to the situation. At Christine’s home, she tells her girls about polygamy being decriminalized and is crying. She gives a lot of credit to Joe Darger because his family kept fighting even when they left.

A Move Back to Utah?

Christine grew up in fear her father would be arrested and taken away. They tried not to raise their kids like that. The Browns always believed if the bill ever passed, they would move back to Utah. She proposes this idea to her kids. They are not amused. The girls have finally settled in Arizona and have friends, despite the pandemic. One notes that money has been put into Coyote Pass but Christine says they have yet to build on it. She seems very taken aback that they would not want to go back home to Utah.

Christine is baffled they would not want to go back. Yes, it is great plural marriage is decriminalized but that does not mean they want to live in Utah again. She wants to sell Coyote Pass and use that money and move. Now, she will present it to the wives and Kody but the kids want to know why they move so much.

Next week, it is time to celebrate Breanna’s sweet sixteen. When Kody goes to visit Meri, he asks where Mariah and Audrey are. She says they are at the bed and breakfast. It seems like a prank but she is mad he does not call her and admits they do not communicate at all. Catch Sister Wives Sundays on TLC and discovery+.