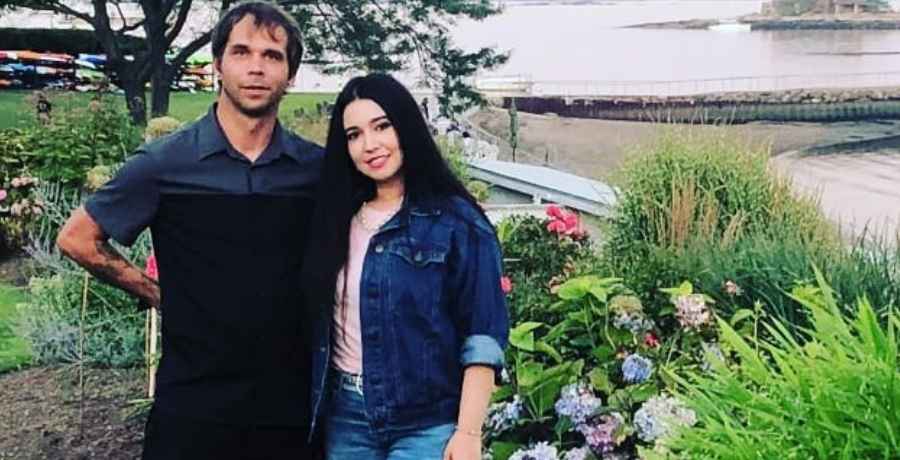 Return to Amish fans first met Jeremiah Raber in 2012 on Breaking Amish. He, then, starred on Breaking Amish: Brave New World and Return to Amish. The TLC reality star married Carmela Mendez in 2016 and at first, their marriage went through many rocky moments. What is the status of Jeremiah and Carmela’s marriage today as we head for Season 6 of the show?

In the years following Jeremiah and Carmela’s marriage, there were some nasty allegations doing the rounds. In April 2017, it was alleged that Jeremiah had been arrested for domestic violence. Carmela had accused Jeremiah of striking and bruising her. Meanwhile, Jeremiah denied the allegations but indicated that he was planning to file for divorce.

The TLC reality stars did reconcile, but later the same year more problems arose. Back in October 2017, Jeremiah alleged that Carmela was addicted to pain medication. He also implied that she had stolen money after they sold their home.

Jeremiah Raber and his wife Carmela Mendez from Return to Amish. pic.twitter.com/qMtKtawsyd

However, despite these rocky moments and threats of divorce, Jeremiah and Carmela have apparently managed to keep their marriage alive.

After a break of a couple of years, TLC announced in January 2021 that Return to Amish was returning for a sixth season. The network had apparently decided that Jeremiah, Carmela, and the other cast members had more to share with fans.

A trailer for Season 6 shows Jeremiah and Carmela still together. In fact, on Valentine’s Day in 2021, Jeremiah shared a post on Facebook, showing the couple filming together. Soon after this, Carmela updated her Facebook page to question Jeremiah’s habit of leaving cheese on the kitchen counter. This type of post is obviously far better than allegations of domestic violence or thoughts of divorce.

However, Season 6 is also set to feature Jeremiah’s search for his biological family. He had been adopted into the Amish community when he was young. In the trailer, Jeremiah meets his biological dad, with Carmela right by his side. As noted by Nicki Swift, it certainly seems that, despite their problems, their relationship is thriving.

Other cast members on Return to Amish

The new season of Return to Amish also features two Amish girls, Rosanna and Maureen, as they decide to leave the strict community. The trailer shows the pair having fun navigating in the “English” world, learning what people in the outside world do for fun. The two Amish girls get to experience the thrill of shopping and dining out. They even discover the joy of boys and self-flushing toilets! However, many fans believe the two young girls are heading for trouble as they experiment with relationships with boys.

Readers can catch the trailer for Season 6 of Return to Amish here.

Keep up with Jeremiah and Carmela, along with their castmates Rosanna and Maureen when Season 6 of Return to Amish airs. The season premieres on TLC on Monday, March 22 at 10 pm ET.