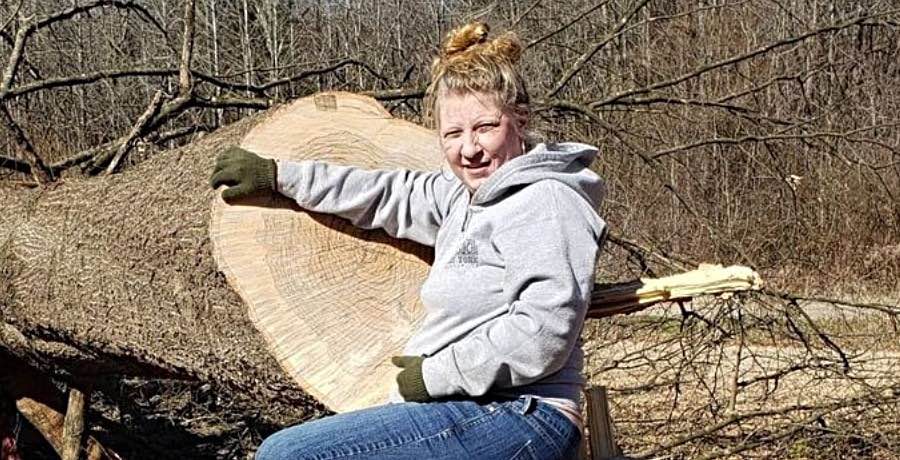 Love After Lockup cast member Angela Gail went through a shocking transformation recently. Tony’s WEtv flame looks drastically different from the way viewers remember her on the show. What changed for the mental health professional from Mississippi?

Love After Lockup celeb Angela Gail flashed an all-new smile recently. Meanwhile, it’s a major change from what watchers are used to seeing. From the looks of it, Angela has a fresh set of choppers. It looks like veneers for her. And she flashed her new pearly whites in recent pics.

Meanwhile, in addition to her whiter teeth, they are straight – and even all around. So she has a completely revamped smile from top to bottom, thanks to the work she had done. It’s clear, based on the latest pics, that she isn’t shy about showing it off, either. Overall, she seems more than happy with the results. Check out the before and after photo below.

Tony and Angela Gail are one of the more dramatic couples on the WEtv franchise. He has a reputation as a ladies’ man. And there was a lot of distrust in their relationship. Angela went through Tony’s phone numerous times. Meanwhile, when she did, she found messages from other women.

At one point, things got bad enough that Angela Gail burned Tony’s things in her front yard. Moreover, even after Love After Lockup celeb Angela agreed to take her man back, she put a long list of rules for him to follow on the fridge. At the time, Tony said it was like being back in prison. Still, he signed his name at the bottom. Even now, Angela Gail said she keeps that same list on the fridge. But she hopes that one day she can take it down.

Meanwhile, following their split in past episodes, Angela seemingly moved on with another inmate. But the latest updates from the pair paint a drastically different picture from the last time they filmed.

Love After Lockup Pair Back Together Again

WEtv duo Angela Gail and Tony confirmed they’re back together again in a recent episode of Life Goes On. Despite their rocky history, they always seem to find their way back to one another. And that certainly seems to be the case this time around as well.

Many Love After Lockup watchers believe that Tony will go back to his old ways – and that it’ll only be a matter of time before they call it quits again. But according to the latest updates from Angela, she believes that her man has changed – and that he turned a corner for good.

Ultimately, it’s worth watching to see if the couple falls back into some of their old relationship patterns. But at least for now, Angela Gail seems happy with her new smile – and happy to have her man back as well.

Blake Moynes’ Mom Gifts Katie Thurston Something Canadian & Naughty
‘In Pursuit’ Of Dirtbags: The Walsh Team Ask Viewers For Help Ahead of Season 3 Premiere
Kyle Richards Calls Out Lisa Vanderpump: ‘Give It A Rest’
Tayshia Adams Did What? Zac Clark Spills The Tea
Janelle Brown Encourages Fans To Change: ‘Do Something Different’