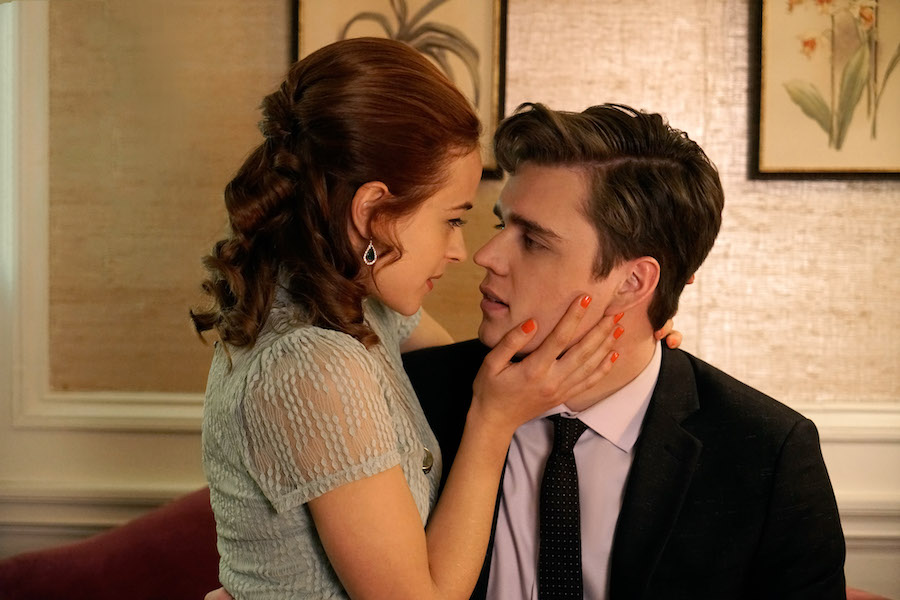 Are you ready for day two of the thrilling Landry series? On Sunday, Lifetime is premiering V.C. Andrews’ Pearl In The Mist.  This second movie includes the return of sisters, Raechelle Banno (Home and Away) and Karina Banno (Second Best). Also, Marilu Henner (Aurora Teagarden), Lauralee Bell (Young and The Restless), Darian Martin (Chateau Christmas), and Ty Wood (Chilling Adventures Of Sabrina).

Pearl In The Mist is part of a four-part series that will conclude next weekend. There is a lot of crazy drama in the Landry series. Are you ready for more?

What Is Lifetime’s V.C. Andrews: Pearl In The Mist About?

According to the Lifetime press release, Ruby “Raechelle Banno), still cannot find the happiness she is seeking. This is even though she is living in absolute splendor, in her father’s home.

However, life dramatically changes. Ruby and her twin are sent to an all-girls boarding school. Can Ruby find happiness and acceptance? Not with her sister and stepmother manipulating others to humiliate her.

Ruby especially has some very difficult encounters with the headmistress, Mrs. Ironwood (Henner). She is determined to humiliate her. Despite cruelty and obstacles, Ruby continues dreaming of a better future. Will she find it in this second Landry movie?

Lifetime aired the first Landry movie on Saturday. Called Ruby, this introduced the audiences to the plight of the two sisters, Ruby and Giselle, played by real-life sisters, Raechelle and Karina Banno.

In Ruby, we meet the sisters, and their Grandmère Catherine (Naomi Judd). Ruby falls in love with her high school sweetheart, Paul Tate (Sam Duke). But, his family won’t have any of this, and she finds out why.

There is also the mystery of her mother’s death and her estranged father. They may be from some wealth, but the sisters are looked down upon. They eventually flee to New Orleans, where her father lavishes money and attention on the girls. Turns out, he is one of the richest men in the city.

However, he has a flaw, and that will eventually take him down.

Is This Movie Based On A True Story?

The Landry series was released in 1994. But, Andrews died of breast cancer in 1986. The Andrews family chose to have ghostwriter Andrew Neiderman has continued to write dozens of books under the V.C. Andrews name.

When Can You See Lifetime’s V.C. Andrews’ Pearl In The Mist?

Lifetime will premiere V.C. Andrews’ Pearl In The Mist on Sunday, March 21, at 8 p.m. Eastern.