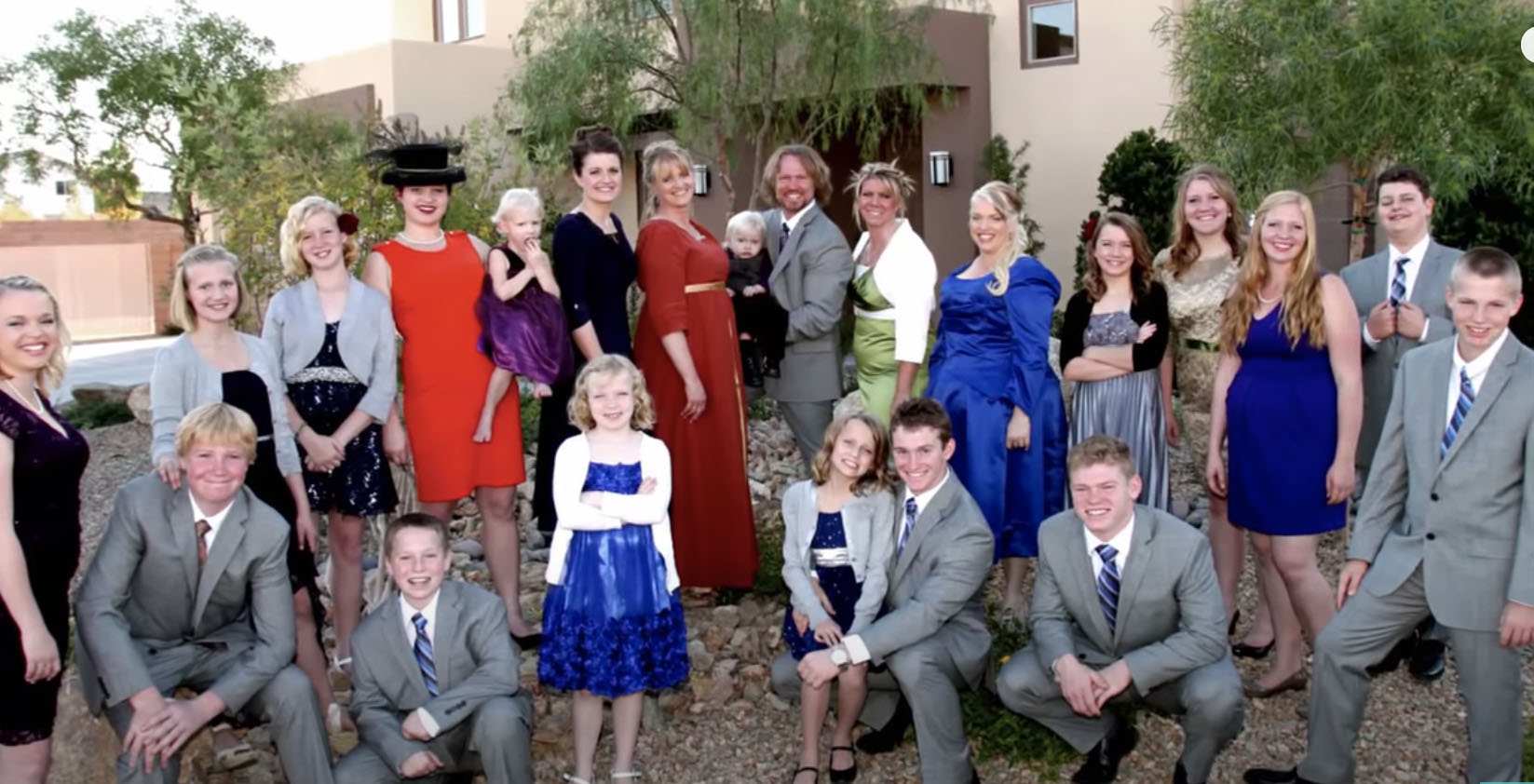 When Sister Wives debuted in 2010, the Brown family had such a loving dynamic. Season 1 is a strong contrast to what viewers are witnessing in Season 15. The love between Meri and Kody was apparent and the wives had a system unlike any other. Here is what life was like for the plural family in the first episode of TLC’s Sister Wives.

The Sister Wives Are Introduced

Meeting the family was paramount for the premiere episode. Kody went through their singular home to introduce each one of his wives to viewers. He is coming home from work and the first wife introduced is Janelle, wife number two. Through the door, he enters Meri’s home and they hug lovingly. During the introduction process, kids from all mothers are running around, eager to get screen time, and see Kody. Next, he goes downstairs to what viewers would eventually learn was the basement, to Christine’s home.

Christine is wife number three and expecting his thirteenth child, their sixth together. Kody goes through the lineage of his children and how many each wife has. Christine explains how the house is set up, while Janelle says the home was actually built by a polygamist. Three months after Christine married Kody, Janelle had the family’s first child, Logan.

In agreement, the wives say they all raised the kids together and this works for the family. The siblings do not know anything different. Three times a week, they have a meal together and say grace.

Kody was not raised in polygamy, but at the age of twenty, his father converted. He soon joined the lifestyle when he met Meri, after speaking with her dad. Kody works in advertising sales but has kept his lifestyle quiet for fear of judgment. But, Meri just wants their kids to be happy in the long run, as does Janelle. Additionally, she wants them to be moral and ethical and marry who they love.

Kody makes it a point to spend time with his wives every third night. They will go on a date or take a drive just to reconnect. The wives clarify they have their own bedrooms. Ultimately, Kody is welcomed into each one and they are intimate.

Meri shares she and Kody met through his sister and were married after six months. She was raised in a polygamist family and they knew they would take on more wives. Meri wanted to have many children but only had one, Mariah. Luckily, there are twelve other kids (at the time) through the other wives. Meri never went to college and she is trying to go back for psychology.

How the Sister Wives Work Together

The kids won’t leave Meri alone, even when she wants to study. In the one home, it’s a free-for-all. Meri is the best tooth-puller so she is taking on the task. She admits they all help make each other better by working together. Kody says she has been helpful in bringing the wives into the marriage. She had a great relationship with Janelle and Christine and that led them to Kody. Meri says the wives make each other better. Also, she knows they will be there in case anything happens to her.

Onto Janelle’s morning. She gets up very early to go to work. If Kody does not get to see her before she leaves, he makes sure to call her. She was not raised in the polygamist culture but was friends with Meri and Kody. This led her to feel comfortable with the lifestyle and marrying into it. The eldest son, Logan, is responsible for taking care of his five siblings since his mom is at work. Janelle admits she always preferred to work and they need the money with that many children. She gets to be a mom, but Christine gets to do more of the raising which she prefers.

Meeting Christine and the Big Announcement

Christine is the third wife and she has five kids.  At the time, she is pregnant with Truely. She was friends with Kody and Meri for years. Admittedly, she was in love with Kody for a very long time but it took him longer to acquiesce. Having been raised in this lifestyle, she never wanted to be in a monogamous marriage at all. She really wanted sister wives, the family, not just the husband.

Plus, she always only wanted to be a third wife because they say if you’re having problems in your marriage, get a third. Additionally, she did not want to be alone with a husband or be in the middle because that one is a wedge. Her role is really to take care of the kids and keep them on track with learning. The children were homeschooled up until five years ago and now they go to a school for strictly polygamist kids.

Throughout the whole episode, Kody and the three wives keep talking about Kody’s big announcement. He will be revealing it to the children and they are wondering how they will take it.

After sixteen years, Kody is courting a thirty-year-old woman named Robyn. Christine is not sure this is necessary but Janelle could see it coming. Kody asks the kids how they feel about bringing Robyn and her three kids into the family and the younger ones seem very excited. They are very confused at the same time so Christine puts it in layman’s terms.

It has to stay within the family since Kody has yet to even propose to Robyn yet. The older kids like Robyn but they agree it will be weird at first. Meri says there are jealousy issues within the family already so she is hopeful the fourth wife does not exacerbate them. It is time for prayer and bedtime which is very important to Kody but the dynamic will soon change.

Christine is the most hesitant right now to bring in the new wife because what they have is easy. Meri does not want to give up what she has with Kody either. Robyn lives four hours away so it just is causing more stress than they had anticipated.

15 seasons later and they are more divided than ever. New episodes of Sister Wives air Sunday on TLC and discovery+.