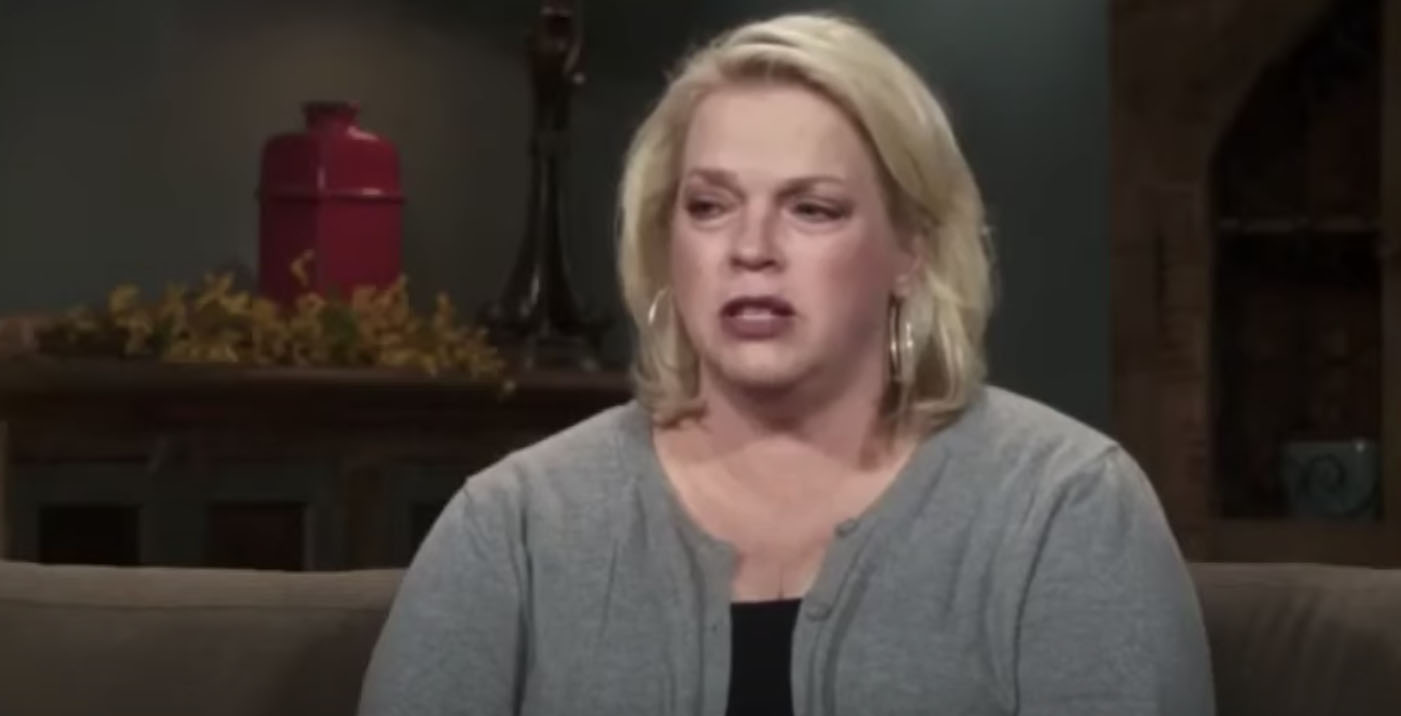 Recently, Sister Wives star Janelle Brown video chats with US Weekly Correspondent Christina Garibaldi. Ultimately, the interview is to shine a light on some things from this season. Eventually, things seem to get emotional towards the end of the interview. Keep reading to find out what topic of conversation nearly brings Janelle Brown to tears.

Janelle Brown is the second wife of polygamist Kody brown. Interestingly enough, she gave birth to his first child, Logan. Together the couple also has Maddie, Hunter, Garrison, Gabriel, and Savannah. While it would seem like Savannah is a baby, Distractify points out that when Sister Wives filming began, she was five-years-old. So now she is 15-years-0ld. How does the plural marriage setup affect Janelle’s relationship with Kody’s nine other children?

Things get emotional while Janelle speaks with Christina Garibaldi. Garibaldi brings up her conversation with Kody. She shares that Kody says he would never file for divorce from any of the wives, but that they’re free to leave if they want to. Additionally, Garibaldi states that if Janelle ever thought about divorcing Kody, then she’s divorcing all of the sister wives too.

Janelle Brown gets emotional speaking about all her bonus children

It almost seems like that’s one of the biggest factors to take into consideration when thinking about dissolving a plural marriage. What seems to weigh heavily on Janelle’s mind is the kids. “So I have all these children that are like my bonus children. You know, they aren’t like my biological children, but they’re my children,” share Janelle. “And you know, I wouldn’t have any, like, technical right to see them. Or to have access to them,” continues the mother.

However, Janelle also shares that she “doesn’t think it would go down like that in our family.”  Ultimately, she points out that there are “multiple layers of relationships.” “It’s not like I’m just going to leave Kody,” says Janelle.

While people may think that there is tension between the wives, according to Janelle that doesn’t seem to be true. Especially when she mentions that leaving Kody means leaving Robyn, Christine, and Meri. Janelle also shares that she and Meri talk regularly and work on their relationship. Their conversations are “light and easy” and about “fun stuff.”

Do you think Janelle Brown would ever leave Kody? Or would she stick it out for all her bonus children? Share your thoughts with us below in the comment section. Come back to TV Shows Ace for more Sister Wives news.