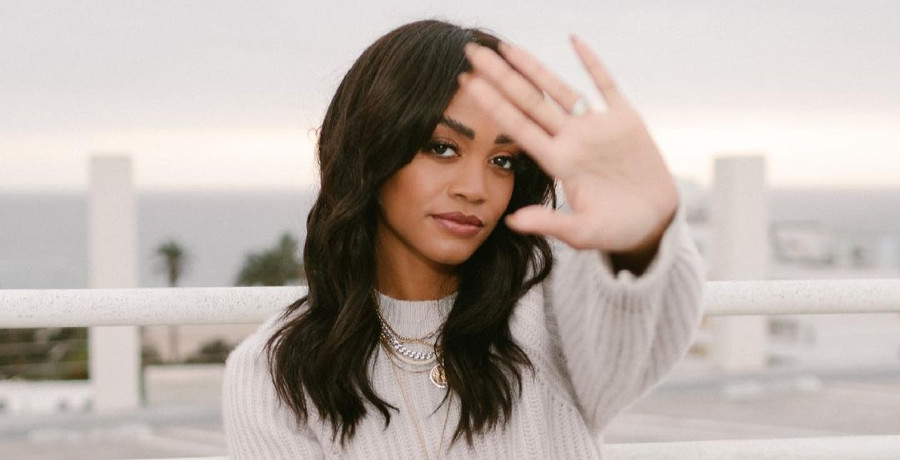 Rachel Lindsay is about fed up with Bachelor Nation. During a recent podcast, she shared her view of what went down on Matt James’ season, including at After the Final Rose. She also explains why the surprise Bachelorette twist isn’t enough.

Her words likely won’t endear her to Chris Harrison’s supporters who blame her for his temporary departure.

If Bachelor Ends, Fans Only Have Themselves to Blame

When Chris Harrison said he was taking a step back from hosting, many fans threatened to boycott the popular ABC dating show. Those planning to boycott hope a drop in ratings will get the show canceled, proving that Chris Harrison is essential to the show.

A portion of Bachelor Nation fans have expressed their displeasure with Season 25 by sending hate messages to Matt James. Rachel Lindsay has also gotten her share of hate from fans who blame her for Chris Harrison’s departure.

Since their disastrous interview on Extra, Rachel Lindsay has spoken out about the changes the franchise needs to make. That includes Chris Harrison sitting out a few seasons.

In the former Bachelorette’s opinion, if the show gets canceled, it will be because the fans are “toxic.”

The hate Rachel Lindsay was receiving from fans got so bad that she temporarily deactivated her Instagram. Now it seems that Matt James has done the same. He took down all this photos from Instagram.

Instagram went down for a time on March 19, making it unclear if Matt James actually wiped his Instagram or if it was part of the glitch. However, Instagram is back up and running, but Matt James’ profile is still empty.

On her podcast, Rachel Lindsay did not mince words when it came to the people sending racist and hateful messages to Matt James. She slammed them as “vile” and “nasty.” Addressing the haters, she said:

“You’re nasty, you’re vile, you’re harassing Matt for a decision that he made. He supports the girl, he’s allowing her to do it on her own, let’s move on.”

Rachel also disagrees with how the network handled backlash over rumors that Katie Thurston was the next Bachelorette. The rumors came at the same time Rachael Kirkconnell’s racially insensitive photos were blowing up.

Reality Steve first broke the news that Katie was named Bachelorette at the Women Tell All special. But then he got new intel that the network was reconsidering.

However, rather than scrap their plan to make Katie the lead, they did a workaround. They named Michelle Young as Bachelorette, too. Katie’s season will air in early 2021 and Michelle’s will air in the fall.

In addition, Kaitlyn Bristowe and Tayshia Adams will step in for Chris Harrison. Entertainment Tonight reports that Rachel was clear that Kaitlyn and Tayshia won’t be hosts. They will mentor and advise.

But Rachel isn’t buying what the network is selling. She finds it awfully convenient that the franchise will have a white Bachelorette and then a black one. She strongly implies that the surprise twist was meant to appease people clamoring for more diversity.

Rachel said on her podcast that the minor changes won’t fix the larger issue the network has with diversity.

She has alluded to ending all connections with the franchise. Nothing official has been announced yet.

Do you think Rachel Lindsay crossed a line calling Bachelor Nation fans ‘vile’? Let us know your thoughts in the comment section.