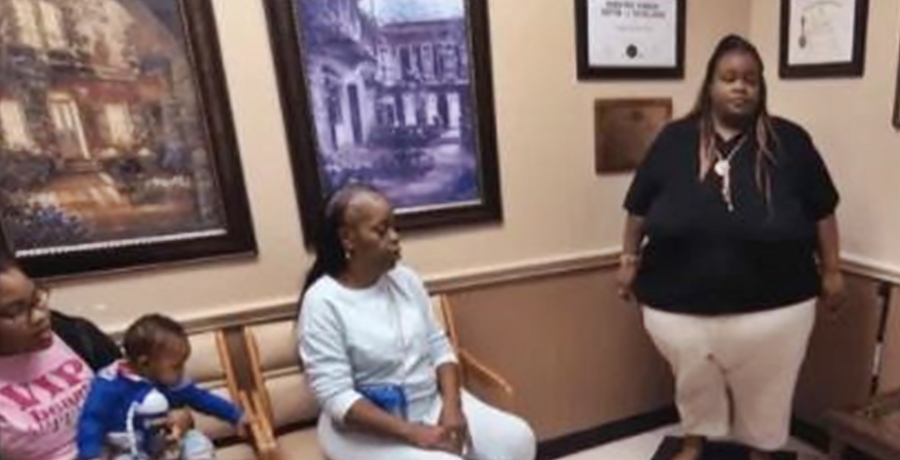 My 600-LB Life star Tammy Patton came with a lot of issues and grief. Her many fans think she never got over the death of her boyfriend, Victor. Emotionally damaged as a kid who grew up in a family with drug addiction issues, Tammy now feels really bad. After all, her kids live out their lives helping her get around with her morbid obesity. She feels like such a burden to her daughters, Alize, 19, and Serenity, 21.

We reported that when Tammy Patton appeared in her episode this week, fans felt heartsore about the loss of Victor. Fans heard that Victor and Tammy lived together for five years and produced their kids during their time together. However, they later drifted apart as lovers. Nevertheless, he kept in touch with the family. Unfortunately, his girlfriend at the time hated that he seemed close to Tammy and her family. So, in a fit of rage, she stabbed him twice in the heart and he died. Many fans said that Victor’s murder made them cry.

One My 600-LB Life fan spoke on Twitter about Tammy and her supportive family. They commented, “This was my favorite episode on #my600lblife Tammy Patton has a very supportive family.” However, TV Season Spoilers reported that Tammy feels like she’s a terrible burden on the family. Especially for her two daughters who she relies on for everything. Because she eats so much, she grew huge and this means she can’t move around or keep herself clean without help.

Grandma Tammy can’t even help out with her grandson

Fans noticed in one scene, that the My 600-LB Life star eats off an outside plate. Several fans commented that they never saw a plate that big in their lives. The portion of food on it could probably easily feed two or three people. So, it’s no wonder that she grows heavier and heavier. Now, her daughter produced a child… It worries her that she can’t even help her daughter out. Clearly, she hopes that if she loses weight then she can become a part of her grandson’s life.

Talking about her situation, the My 600-LB Life star said, “I’m trapped here as a burden to my family. They say I’m not, but I feel like it.”

Instead, of adding value to the life of her family, she feels like she creates way too many problems. Sick and tired of missing out on life, she seems determined to lose weight and take her life back from her food addiction. And, although Tammy went through the crisis of Victor’s death, it looks like the new life that her grandson brings, helps her move past that.

What do you think about Tammy Patton feeling like a burden? Clearly, she’s no fool, and she knows that her daughters must feel impacted by her self-inflicted disabilities. Sound off in the comments below.

Did Todd Chrisley Just Call His Daughter Lindsie Toxic?!
Jeremy Vuolo Goes Back To College & Back To His Roots
See New Photos Of Lawson Bates Like You’ve Never Seen Him Before
Travis Barker Cuts Kourtney Kardashian’s Hair: What Is Going On?
Kourtney Kardashian STUNS While Rocking Glow-In-The-Dark Bikini