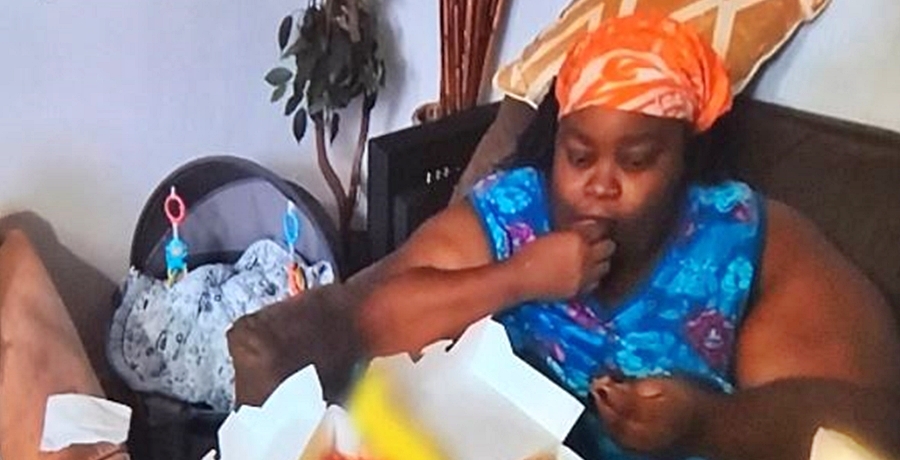 My 600-LB Life fans know that TLC brings a determined woman to the show in Tammy Patton. She often felt alone as a kid as her mom went off to rehab for drug addiction. Plus, her dad suffered from drug additions as well. She started eating to give herself comfort. When her boyfriend Victor died, she took it very hard and ate even more.

Fortunately, she now finds herself with a very supportive family, including her mom. So, how did her weight loss journey go? Did she ever get her gastric surgery? Here’s a 2021 update on Tammy Patton. How is she doing now? Keep reading.

Tammy’s mom really stepped up for her. Her daughter also stands by her mom, despite her saying she feels like a burden on the family. Before her husband Victor died, she already carried a lot of weight. But, he stayed dedicated to her and he helped out. He ended up murdered by a jealous girlfriend. Tammy and Victor produced their kids over a five-year period. When they drifted apart, he stayed in touch with the family, as he cared about them. Incensed and jealous, his girlfriend that the time, stabbed him twice in the heart.

Many fans love that the family now helps and supports the My 600-LB Life star. Plenty of people comment about it on Twitter. But Tammy admitted that one of her main motivations for weight loss involves her grandson. She wants to help her daughter with her grandson. But, she can’t even do that. She feels so useless but seems determined to get her life back and enjoy her family. One fan said on Twitter:

Tammy's grandbaby is cute as a button. Do it for him! #My600lbLife

Did Tammy get her surgery? Where is she at now?

Distractify followed up on the My 600-LB Life star’s life. They reported that Tammy Patton looks like another success story for TLC’s Dr. Now. Weighing in at just under 600 pounds originally, she “weighed 150 pounds by the time she was 10 and over 300 pounds by the time she graduated from high school.” Dr. Now told her that he could only attempt gastric surgery if she shed 60 pounds over a sixty-day period. However, she struggled, despite mostly sticking to his diet and exercise plan. Calling him up, she told him she only lost 19 pounds. Over a six-month period, she lost 44 pounds.

‘My 600-LB Life’: Tammy Patton Feels Like A Terrible Burden

My 600-LB Life fans know that some people fail at that stage, but Tammy kept on trying even though Dr. Now wanted her to lose another 40 pounds. Plus, he sent her off to a psychotherapist. That seemingly helped her to accept Victor’s death. However, her battle to reach her target weight seemed so near but so far. It took hee over a year before she dropped enough to qualify for her gastric surgery. All in all, she lost 126 pounds. When he scheduled her for her gastric surgery, Dr. Now said that he felt “proud” of her efforts.
As My 600-LB Life filmed some time ago, the outlet concluded that Tammy Patton more than likely already went under the knife.