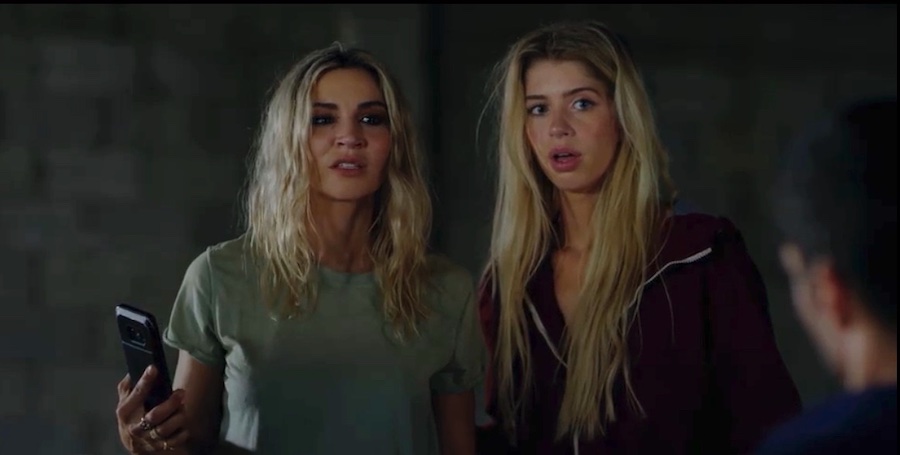 This is part of the Spring Breakdowns series. Are you ready for a beach thriller?

What Is Lifetime’s Deadly Excursion: Kidnapped From The Beach About?

According to the Lifetime synopsis, in the sequel to 2019’s Deadly Excursion, mother-daughter duo Samantha (Armstrong) and Ellie (DeBerry) embark on another family vacation in Florida cautiously believing their kidnapping saga is behind them. Unbeknownst to them, the group behind their original kidnapping has been keeping tabs on them and is ready to complete the job that was foiled previously.

You may  want to refresh your memory with the first movie, Lifetime’s Deadly Excursion. Thankfully LMN will air it right before, at 6 p.m. Eastern. What is it all about?  This LMN movie follows the mother-daughter duo Samantha (Armstrong) and Ellie (DeBerry). They decide to spend spring break together on a small cruise.

Little do they know, the captain is a complete psycho who wants to bury the daughter alive and kidnap the mom. Turns out, mom found something suspicious in a bag. They are onto something big. Can they escape, and reach the authorities?

As this is Lifetime, you know there is even more crazy!

Talking about Spring Break with a Lifetime twist, LMN just premiered Deep Blue Nightmare on Thursday. Did you catch it? Thankfully, it will be back on the network on Saturday, March 20, at 8 p.m. Eastern, as well as throughout the next few weeks.

What is this desert island thriller about? According to Lifetime synopsis, having kayaked offshore for a deserted island photoshoot, Sarah (McGarvin), and friend Meghan (Destefano), became the target of an aggressive white shark.

Now, the women must fend off the deadly predator until James, Sarah’s take-charge father can guide emergency services to their rescue.

Will they make it in time? Originally, this movie was called Shark Season.

They can run but they can't hide from the great white 🦈. The premiere of #DeepBlueNightmare starts right now. @PaigeMcGarvin pic.twitter.com/uugffoHao4

When Can You Watch Upcoming LMN Movies?

Lifetime has had a lot of entertaining and thrilling movies in 2021. That includes The Single Mom Conspiracy and A House On Fire. Lifetime takes stories where no one else dares to go!