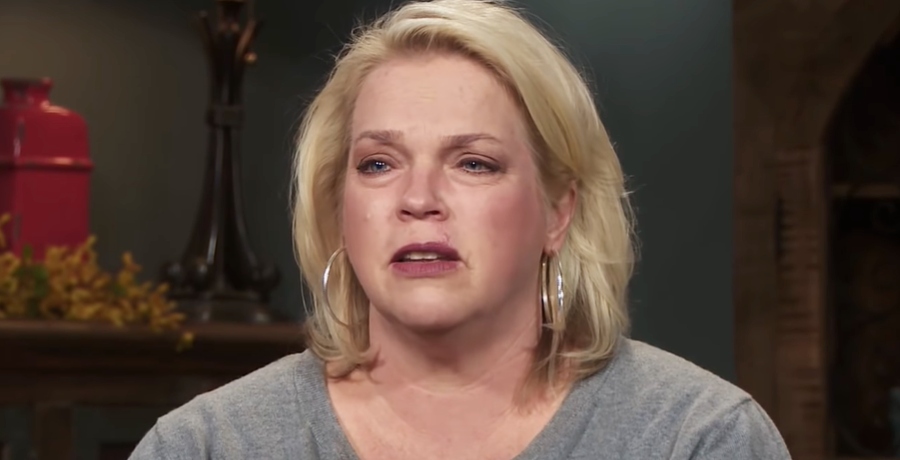 Sister Wives fans love to dote on Janelle Brown. One of the many reasons fans adore Janelle is because she seems to stay out of the drama. However, that doesn’t mean that she’s ignorant of what’s going on around her. In a recent interview with US Weekly, she shares that drama from the other marriages “spills over” and has a “ripple” on her relationship with Kody. Undoubtedly, jealousy is a difficult emotion in plural marriages. Keep reading to see how Janelle Brown copes.

Sister Wives Janelle and Kody Brown have been together for nearly 30 years.

US Weekly links up with Janelle Brown to try and pick her brain for some behind-the-scenes things about Sister Wives’ lives. However, it seems that they are hard-pressed to find out anything that Janelle’s loyal fanbase doesn’t already know. That’s not to say that the conversation doesn’t get real.

Remarkably, Kody and Janelle Brown have been together for over 20 years. While that’s not to say that it isn’t without its ups and downs. Sadly, US Weekly reports that even after all that time, “Janelle Brown still struggles with comparing herself to her husband’s other wives.”

How does Janelle Brown cope with jealousy?

Understandably, jealousy is a tough emotion to deal with. However, like everything with everything it seems Janelle Brown does, she handles it with patience and grace. She shares her feelings with the outlet. “Of course I still get jealous,” she says. Luckily, time comes with some strategies to come with it. Janelle says, “But I learned a long time ago [that] you really just have to figure out how to be OK with yourself.”

Another thing that Sister Wives Janelle’s fans adore about her, is that she always tries to find the positive in any situation. That being said she explains why she doesn’t dwell on the differences in relationships Kody has between his wives. “You have strengths, and you have blessings and you have opportunities that you’re given… you can’t compare,” says Janelle. Additionally, she says, “I just think comparison is, like, the death of plural marriage.”

Notably, Janelle Brown also speaks about transitioning into polygamy. Fans may remember that Janelle came from a monogamous relationship prior to her courtship with Kody and Meri. “I remember the transition [into polygamy] and thought I was pretty independent.” She shares that ultimately it came down to, “Look, I’m OK. I have a lot to offer.” And that thought process helped her “through those kinds of emotions.”

How do you feel about Janelle Brown dealing with jealousy towards the other wives? Let us know in the comment section below. Come back to TV Shows Ace for more Sister Wives news.