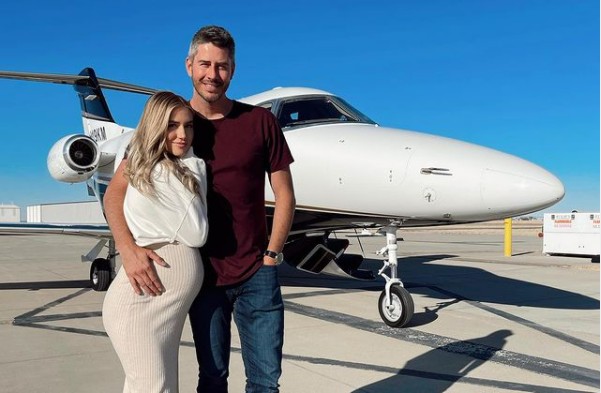 It’s been a rough season for everyone involved with Matt James’ season of The Bachelor. Everyone is taking offense to everything and Bachelor Nation is in turmoil. It’s been pure chaos since premiere night. The contestants caused their fair share of drama and controversy. Also, let’s not forget the controversy surrounding host Chris Harrison. Plus, now that the season finale has aired and fans know Matt is indeed single, others appear to try to make light of the situation. Everyone wants to lighten the mood of what many consider a complete train wreck. However, Arie Luyendyk Jr. making light of the situation turned into him getting smashed by upset fans.

Screenrant shared all about former Bachelor Arie Luyendyk Jr.’s meme that got fans talking. According to Screenrant, Arie shared a meme shortly after the finale aired that many deemed racially insensitive. Nobody seemed to have a positive experience this season including Matt James. Many feel he looked completely broken on After the Final Rose. So, when Arie posted this meme, many took offense to it. Fans believed Arie was making fun of Matt’s mental state.

The meme has since been deleted. However, it was up long enough for many to see it. The meme Arie shared featured Matt and said, “Realtor when they first get a buyer lead.” Next to a picture of Matt looking torn at the finale captioned, “Realtor after that buyer puts them through hell for 7 months then buys a house from their cousin.”

Both Arie and Matt are in real estate. Many deemed the meme to be tone-deaf and heartless. One fan said, “Instead of standing by a fellow Bachelor when he’s going through a hard time, Arie uses him to try to make a stupid joke.” Another said Arie must have a sensitivity chip missing. Many expressed disappointment he would share the meme after he had a rough Bachelor experience also.

Since removing the tweet Arie has not spoken out about it. Most likely he meant no harm by the meme and was just being funny. He has a lot going on in his life currently as well. He and his wife Lauren Burnham are expecting twins towards the beginning of June. Lauren just celebrated her 24-week mark. They are having a boy and a girl and they can’t wait to meet them. The twins will join Arie, Lauren, and their daughter Alessi.

Stay tuned for more updates on Arie, Lauren, and all your favorite Bachelor Nation stars.