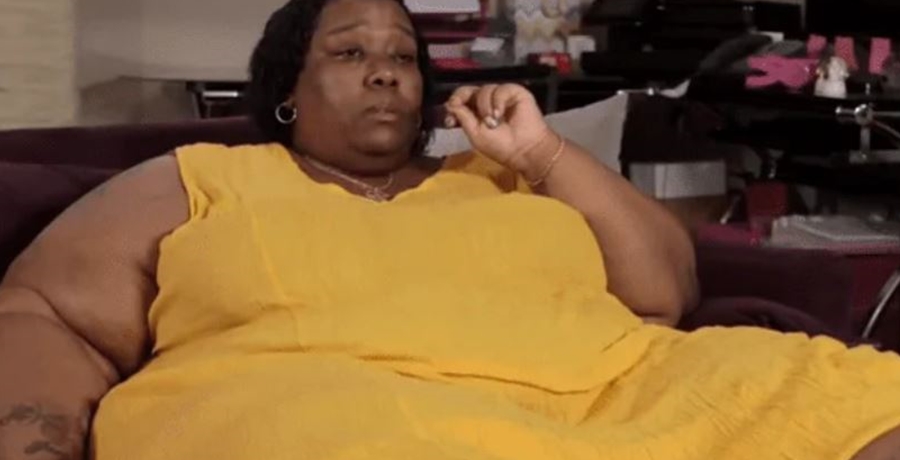 My 600-LB Life star June McCamey featured in TLC’s Season 4 back in 2016. Originally, she weighed in at 590 lbs. Plus, fans later saw she suffered a tragedy in her life. She was 43-years-old at the time and lived in Houston, Texas.

So, where is she now? Do we have a 2021 update on her? Well, read on find out about the events of her life. Did she keep the weight off? Did she find love and happiness?

Destinee Lashaee also chose her gender identity. She was the second person on the show who did that. Transgender, Destinee, born a male, struggled with her weight. Her family seemed very unsupportive as they disagreed with her sexuality. But, it seems that June’s family accepts her relationship with Mary.

When fans first met My 600-LB Life star June McCamey, she relied almost completely on her kids to assist her. She grew bigger and bigger and it virtually incapacitated her, The Cinemaholic reminds readers. She also lost her son Mack in a shooting incident. So, she just comforted herself by eating. It gave her a bit of joy in her life. However, eating only brought momentary relief from pain, so soon she ate more. Nevertheless, she realized that she would either die or take away the quality of life of her other kids. So, she saw Dr. Now, determined to lose weight.

Starcasm updated in 2019 when June returned to My 600-LB Life: Where Are They Now? She revealed that she married her girlfriend Mary. In the updated show, she revealed that she brought her weight down to 221 pounds. She achieved that weight after her wedding to Mary. She looked fabulous in her wedding dress. TLC covered the happy event. But, she wasn’t quite at her 211-pound weight at the time. Obviously, Mary encouraged her to continue with her exercise and healthy eating.

InTouch Weekly noted that these days, the My 600-LB Life star fits into a size 16 dress. So, that’s a massive improvement and a remarkable transformation. The outlet cited June McCamey as saying, “Putting this [size 16] dress on today makes me feel like I’m really about to start my life with Mary. If you told me this was even possible when I started trying to get my life back, I wouldn’t have believed you.”

What do you think of June’s incredible weight loss? Are you happy that she found love again with her girlfriend Mary? Sound off in the comments below.

Shanna Moakler Makes Disdain For Kardashians Loud And Clear
Adam Busby Gets Candid About Something He Cherishes Deeply
Bekah Martinez Shares Her Heart-Stopping Moment With The Kids
‘Bringing Up Bates’ Stars Zach & Whitney Bates Welcome Baby No. 4
TLC’s New ‘Filth Fighter’ May Give ‘Hoarders’ A Run For Their Money