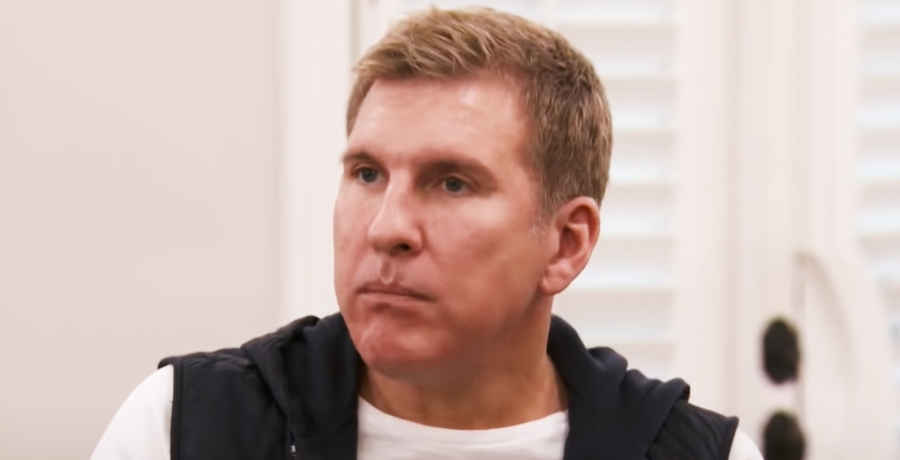 Todd and Julie Chrisley of USA Network’s Chrisley Knows Best take to their Instagram’s to let fans know about the latest episode of their podcast Chrisley Confessions. Knowing Todd, he’s sure to spill the tea while he’s on air. Keep reading to find out more.

In the caption announcing the new episode of Chrisley Confessions, the couple lets their fans know that “Todd rejoins the podcast.” Not only does he rejoin the podcast, but he “provides a few life updates including the situation with the Georgia department of revenue.” In the post, they also encourage their fans and listeners to check out their sponsors.

The latest episode of Chrisley Confessions is titled “Todd’s Return + Schools Becoming Woke and Parents Who Hate Each Other.” The episode dropped on Wednesday, March 17th. It is available on Apple Podcasts and Spotify.

The loving couple begins the podcast by exchanging gratitude. From the sounds of it, Todd Chrisley has been missing from the podcast for while. Julie explains that “Todd has just been a busy, busy man the last few weeks.” Todd goes on to explain the intricacies of their co-dependency. He says, “Julie is not accustomed to doing things without Todd, and Todd is not accustomed to doing things without Julie.” In a testament to their relationship, Todd goes on to say things that lead listeners to believe that they each suffer from a little bit of separation anxiety.

Todd Chrisley goes on to explain that the last three weeks in particular have been crazy and non-stop. He details that members of the family are filming three different shows. While fans may want details on all of the shows, they won’t find them on the podcast. The only show Todd Chrisley refers to by name is Chrisley Knows Best. Ultimately, the Chrisley family’s had a lot going on. The long and short of it, as Todd says, “that makes you a grumpy person.”

Prefacing what Todd Chrisley has to say about the Georgia Department of Revenue situation, he speaks to anger. Todd compares anger to cancer. However, he ultimately explains how he’s let it go. He also shares that the family has chosen to “walk in faith and not fear.”

Next, Todd Chrisley talks about the Georgia Department of Revenue situation. He recognizes that “so many people” call-in wanting those updates. Todd also says he wants to give them those updates. However, there seems to be some reluctance and stipulations to doing so.

Notably, Todd Chrisley goes on to say on Chrisley Confessions that he should be able to give updates on the situation come mid-April. He is sure that there are a lot of things that the press is going to have. Ultimately, Todd believes that they have things that will “shed light on that situation” and “God will bless that.”

Long story short, Todd Chrisley turns the tables and alleges that there are some things happening within the Georgia Department of Revenue that may have contributed to this whole situation. While this isn’t much of an update, it is apparent that Todd is ready to spill the tea whenever the time is right.

Do you listen to Todd Chrisley on Chrisley Confessions? Let us know in the comment section below. Come back to TV Shows Ace for more Chrisley Knows Best new.