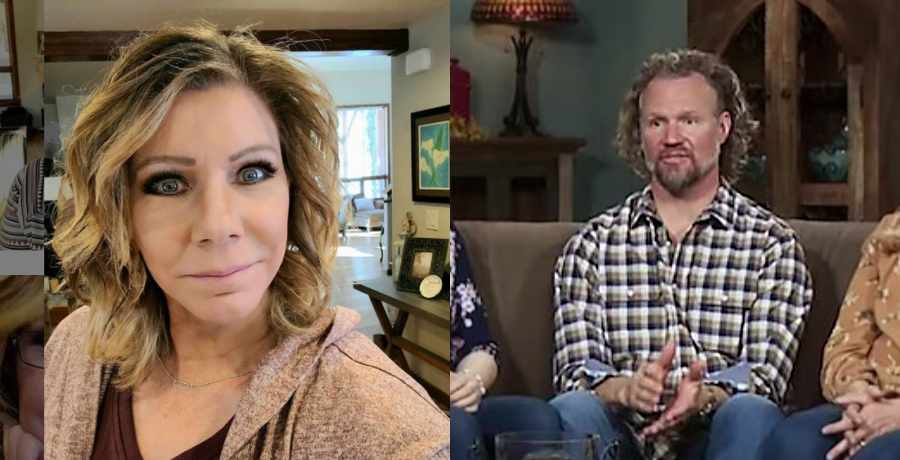 As Sister Wives fans know, Kody and Meri Brown’s marriage is deteriorating and slowly breaking down. However, things have recently got worse for the couple and now they hardly ever see each other anymore.

As fans know, the TLC reality show has caught up with the COVID-19 pandemic, which is adding to the tensions in the plural family situation. This is especially so for Kody and Meri Brown. In a sneak peek into the Sunday, March 21 episode of Sister Wives, Kody, 52, says, “There’s just been nothing going on between me and Meri.” He said she interacts with the family for holidays and birthdays and they do get together once in a while. However, Kody added that he sees Meri “once in a blue moon” and that they have quit dating. Brown went on to admit that he has quit calling Meri, 50, to make plans.

On Meri’s side, the coronavirus pandemic is taking its toll. In fact, the distance between her and Kody has grown more noticeable at this difficult time. In a confessional interview in the teaser video, she says, “They say that a person needs four hugs a day just to survive.”  Meri added that people are probably not getting four hugs a day right now.

Meri said that when you don’t have that, it gets really lonely. With the family adjusting to social distancing guidelines, everyone is missing out on physical touch.

Fans will remember that, after more than 20 years together, Kody and Meri were legally divorced in September 2014. They did so in order for Kody to be able to legally marry his fourth wife, Robyn Brown. It also allowed him to adopt her children from her former relationship. Both Christine Brown and Janelle Brown are also in spiritual unions with Kody. However, Meri is now feeling on the outside.

Kody said in February that he and Meri have been “in a very dark place” for a while now. However, he finds he cannot bring himself to officially end their relationship. Kody feels this isn’t his place.

He said that in plural marriage, he doesn’t feel he has the right to say, “This is over, this is ending.” However, Kody said the same doesn’t apply to any of his four wives.  Brown said that if it isn’t working for them, they can leave and that nobody is a prisoner here.

It is never easy for Kody to navigate each of his marriages, but in the COVID-19 pandemic, it is even more difficult. Because of this, Meri is feeling neglected by her husband. In the teaser, she says he doesn’t typically come to her house very often. She added, “He basically is just going to be going between Janelle, Christine and Robyn. That’s typically what he does.”

However, despite their problems, Meri isn’t ready to give up on the relationship. She says the way she looks at it is it is a matter of, “am I going to stick through it with him when he’s having a dark time?” She asks whether they are going to figure it out because they made a commitment. However, Meri also asks, “How do we move forward with where we’re at? … This is where I made the commitment. And this is where I am.”

Readers can watch the full teaser video for Sunday’s episode on the Us Weekly website.

Keep up with the Sister Wives on TLC, Sundays at 10 pm ET.