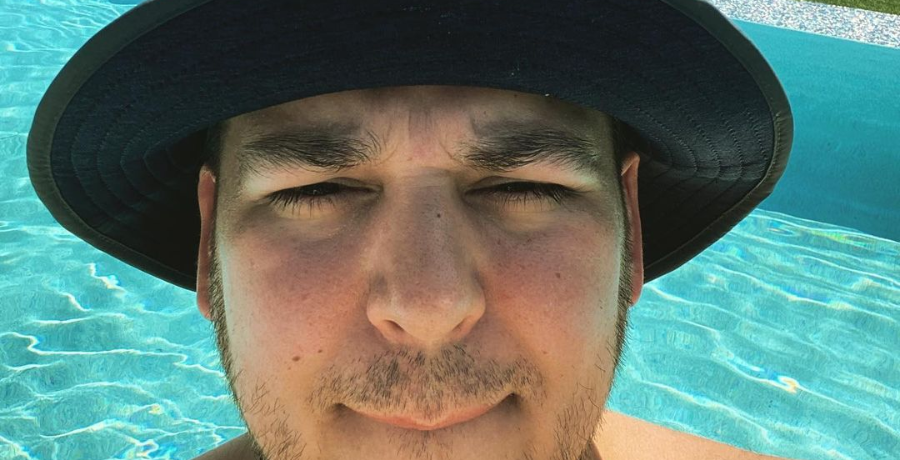 Rob Kardashian is doing much better these days. The Keeping Up with the Kardashians star just turned 34. The reality star has kept out of the public eye for many years. But he’s still “doing well” and is happier than ever, according to an insider.

Nowadays, Rob wants to focus on his health. He’s no longer craving attention or sharing his life on social media. He’s made peace without it. On Wednesday, March 17, he celebrated his birthday with those closest to him.

But you won’t see that on Rob’s Instagram account. He doesn’t even run his own social media. He has turned it over to Jenner Communications. Find out what Rob is doing for his birthday.

Rob Kardashian is “doing well” out of the spotlight

An insider told People that the Kardashian-Jenner clan “is throwing him a birthday at Kris [Jenner’s] house.” Only Rob Kardashian and his family will be celebrating. Of course, his 2-year-old daughter, Dream will be there as well. On his official Instagram account, there are posts of Rob with his daughter. However, he keeps most of his face out of the photos.

He wants to remain out of the spotlight. The insider revealed that he “is doing well” and wants to spend time with his loved ones. Most of them have taken to social media to post tributes to Rob.

“He comes along for all the family vacations, but still prefers to stay out of the spotlight,” the insider continued. “He is working on his health and seems happy.”

In the past, Rob struggled with depression, type 2 diabetes, and weight gain. These days, he’s focused on his health. His goal is to become the best version of himself, which includes eating healthy and working out.

“For a long time, he was unhappy and embarrassed about the way he looked,” a previous source told People back in June.

But after taking a break from the spotlight to focus on himself, “he knows he looks better. He is comfortable enough to be photographed. He wants people to know that he is doing well.” Gone are the dramatic social media posts about his life. Instead, Rob has posts about his new quiet life.

How the KUWTK star became his best self

Rob Kardashian has already been living his life in isolation. He used quarantine time to focus on his New Year’s resolutions. He had “several goals” for 2020, an insider told E! News. Rob managed to achieve those goals, especially when the world came to a halt amid the coronavirus pandemic.

“Continuously putting effort into his health and struggle,” the insider said.

The sock entrepreneur even worked with a personal trainer “here and there.” Since then, he has reduced his alcohol and fast food intake. Rob is “really working on his healthy habits,” the source added. “This has been a game-changer for him.”

Rob has made a slow return to the spotlight. He showed up at his sister Khloe Kardashian’s birthday party in June. He even appeared on the previous season of Keeping Up with the Kardashians last October. Now that his legal battle with ex Blac Chyna is behind him, he can finally focus on giving Dream a normal upbringing.