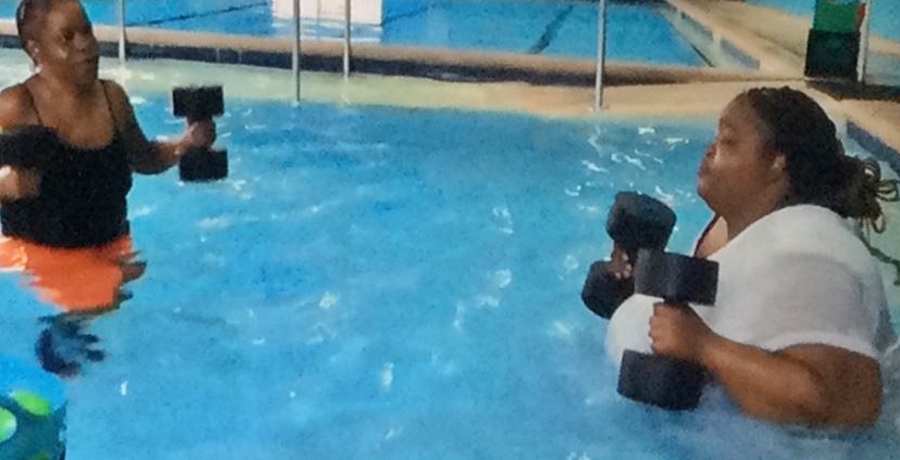 MYy600-LB Life on TLC featured Tammy Patton on Wednesday night’s show. Actually, fans briefly thought that perhaps Tammy Slaton from 1000-LB Sisters might feature. But as you can see, they are different people who shared the same first name. The newcomer on TLC comes with a host of problems. But the saddest part of it came when fans heard how her boyfriend died. Actually, some of them said it moved them to tears.

We reported that Tammy Slaton fans from 1000-LB Sisters half-expected her on the weight loss show with Dr. Now. Recall, Dr. Procter sent her away to see a therapist as she gained weight during the coronavirus quarantine. However, it turned out that this Tammy is completely different. And she came along with a lot of tragedy in her life. After a lifetime of eating addiction, now a grandchild came along, she can’t really help out with the little one. The backstory seems very sad, but now, she looks forward to losing weight so she can be a part of the little boy’s life.

Apart from her morbid obesity, The My 600-LB Life star also lost her boyfriend Victor Greer. In fact, he fathered her daughters Deonte, Serenitti, and Alize. Meaww noted that he died, leaving Tammy Patton devastated. Fans seemed shocked when they heard how Tammy’s boyfriend died. Victor and Tammy engaged in a relationship for five years before they drifted apart. Nevertheless, they remained very good friends. Obviously, as he already had kids with Tammy, he kept in touch with the family. But, his jealous girlfriend stabbed him twice. The injuries to his heart caused his death.

On Twitter, My 600-LB Life fans saw the pain that Tammy Patton went through after his death. Already huge, she found comfort in more food. Eventually weighing in at 594 lbs, her prognosis looks bad. One fan commented, “Tammy‘s kids dad being murdered is heartbreaking.”  One fan felt terribly sad that Victor and Tammy split. After all, he might have helped her with her weight loss motivation. They need, “He should have stayed with Tammy!” And another one commented, “Grief is a beast. Cheering you on Tammy!”

Other My 600-LB Life fans fear that Tammy Patton never really finished grieving over Victor. One of them noted, “Tammy hasn’t properly mourn the loss of her childrens father, (sic).” And others felt that she needs a “good cry.”

Fans know that Tammy lost some weight, so remember to check back with us for more updates about her progress as time goes by.

Did you feel very sad when you heard about the death of Tammy Patton’s boyfriend Victor? Sound off in the comments below.