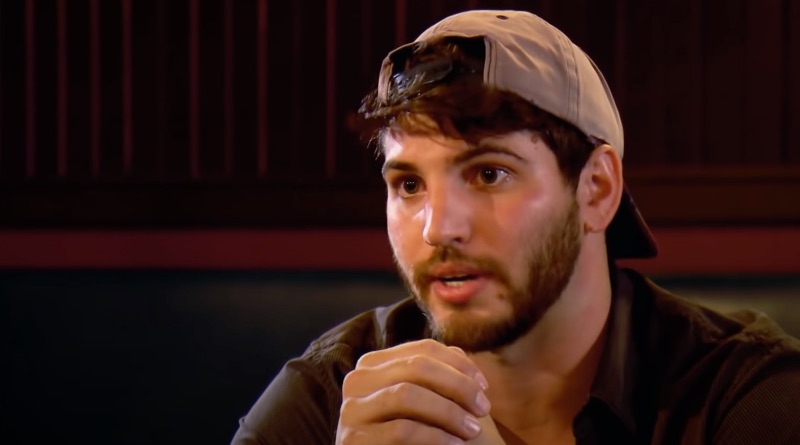 Married at First Sight cast member Derek Sherman keeps himself busy since filming his Lifetime season with Katie Conrad in Washington, DC. Where is he now?

Initially, there seemed to be a lot of chemistry between Derek Sherman and Katie Conrad on their season of Married at First Sight. There was a clear physical attraction right out of the gate. But, as longtime viewers of the popular matchmaking show know, that’s rarely enough to keep a marriage going long-term.

Not long after their initial honeymoon phase on Married at First Sight, Derek Sherman and Katie Conrad quickly locked horns. Derek has a lot of goals. And because of that, he has several things he wants to pursue. But in Katie Conrad’s mind, she saw that as her husband being indecisive. Meanwhile, she didn’t like that he came across as immature and was all over the place – in her mind, at least.

“Fortunately, Katie made it really easy not to fall in love with her.” Katie’s reaction just about killed me. DAMN DEREK. You go, boy! #MAFS #MAFSreunion #MAFSDC pic.twitter.com/D2Znzo7o8M

Despite their struggles, Derek Sherman and Katie Conrad decided to stay together on Decision Day. However, that didn’t last long. By the reunion show, they split.

Following that, it didn’t take long for Katie Conrad to find a new guy. Even without help from the Married at First Sight experts, she seemed to find the right person for her. In addition to that, she has plans to walk down the aisle with her new guy, as well. So, hopefully, things work out better for her the second time around.

As for Derek Sherman, he hasn’t found Katie Conrad’s Married at First Sight replacement just yet. But he spends a lot of time with his friends. This includes doing fun activities and traveling. So even though his marriage didn’t work out on the Lifetime show, it’s clear Derek does other things to keep himself busy.

Married at First Sight Star Jets Off to Japan

Derek Sherman is an adventurous spirit. He likes to travel and try new things. Meanwhile, he puts that into practice on his latest adventure in Japan. Katie Conrad’s former husband is on mandatory quarantine in the foreign country due to the pandemic. However, he is more than ready to explore the country as soon as he gets the chance.

Derek Sherman shared a recent picture in Japan with his Married at First Sight followers. He added that even though he has only seen the airport and his hotel room so far, he is “utterly enamored” with everything he has seen. And he can’t wait to explore more of what the Asian country has to offer once his mandatory quarantine is up. So, even though his marriage didn’t work out, Derek lives his best life by spending time with friends and exploring the globe.

‘Sister Wives’: Are Kody & Robyn Brown About To Be Homeless?!
Kanye West Cuts Off Entire Kardashian Family
Netflix’s ‘Virgin River’ Season 3: Release Date, What To Expect
‘The Young And The Restless’ Spoilers, June 11-14: Summer Needs To Watch Her Back
Lifetime’s ‘Left For Dead’ Continues Summer Of Secrets Series