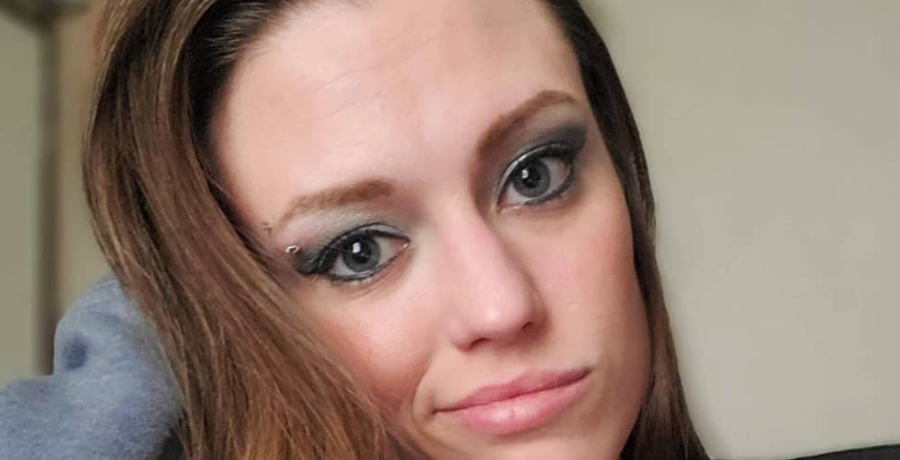 Love After Lockup cast member, Lindsey Downs, has been doing yet another stint behind bars for several charges. Fans of the WeTV reality series are curious. When is she getting out?

Lindsey Downs Is Back Behind Bars… Again

Love After Lockup fans have become accustomed to Lindsey Downs’ shenanigans. This reality celeb is known to have a quick temper and a lack of judgment.  While these qualities make for great TV. Notably, they nearly always get her into trouble.  Lindsey first appeared on the show back in 2020. Newly released from prison, this former-model began a live-in relationship with Scott Bradshaw. The two appeared to get along well for a bit until this on-again-off-again inmate landed herself back behind bars for a whole new set of charges.

Why is Lindsey Back in Lockup?

Lindsey wasted no time getting back into a game of cat-and-mouse with authorities. Just weeks after her initial release into her boyfriend’s arms, Downs jumped back into her old ways. The wayward mom quickly got herself back on the authorities’ radar.  Starcasm reported that by mid-June, Lindsey had already gotten herself arrested. Local authorities handling the arrest said they picked her up on ‘serious charges.’

Unfortunately, her first post-release run-in with law enforcement wasn’t enough to deter her from her old ways. In July, Lindsey was picked up, yet again. A rep for the sheriff’s office in her area confirmed to the media that her list of charges included possession of meth with the intention to distribute and possession of a firearm by a convicted felon. Lindsey also incurred charges for being in possession of a stolen vehicle/property and with fleeing arrest.

Most of these charges are new.  Some, however, are charges that were reactivated when this “#hotfelon”  violated her parole in June.

Fans of the Love After Lockup series watched with dropped jaws recently when tensions in Downs’ relationship came to a head.  While fans know that Lindsey currently sits in jail awaiting the outcome of more charges. Additionally, the show is still featuring the end of her relationship with Scott.

In the last few LALU episodes, Lindsey was still shown as living with her then-boyfriend, Scott. The two engaged in a confrontation when Lindsay accused her much-older beau of cheating on her with hookers. The 27-year-old celeb decided to send her lover a message by taking her frustrations out on his personal possessions. She traveled to his office, where, as cameras rolled, she took a knife to his very expensive wooden desk. Downs angrily slashed and damaged the desktop, taking the time to carve some colorful profanities in deep 18″ long letters across the desk.

Scott’s Facebook posts recently revealed that after that event, he broke things off with Lindsey. He kicked her out of the home they shared and chose to move on without her. Once filming on the season had ceased, Scott had Lindsey picked up for Felony Malicious Mischief citing her damage to his personal work effects.

So, When Will Lindsey Downs Be Released?

Lindsey will be released from prison in March of 2022. Ex-boyfriend, Scott, says that he expects this date to be extended. Downs has pending charges which could affect the release date. Lindsay herself revealed to Starcasm in an exclusive interview that not only would she be behind bars until at least March of next year, she also will have to answer pending charges in federal court after her release which might send her back in.

Lindsey’s episodes on Love After Lockup are quite a bit behind her actual timeline – so fans maybe shouldn’t expect to see her in the next season, considering right now her ‘Love’ couldn’t handle her and split. We will continue to follow Lindsey’s story. So be sure to check back regularly to TV Shows Ace for updates!