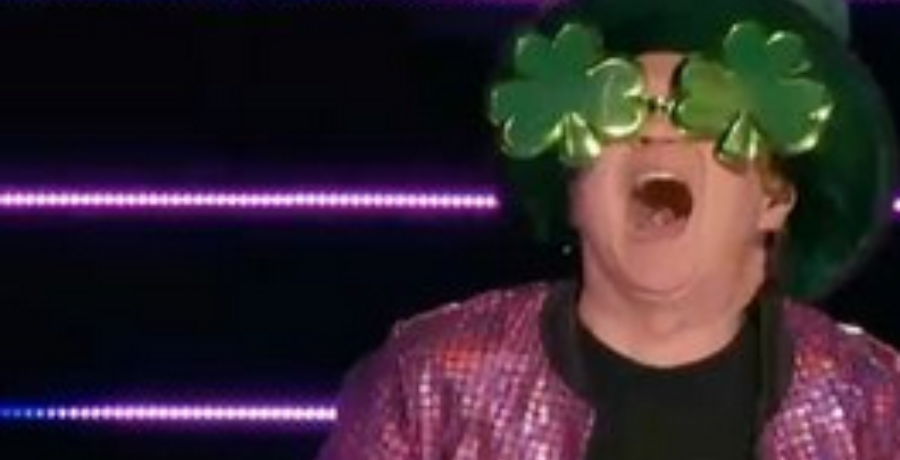 The Masked Singer panelist Ken Jeong has an idea as to who Grandpa Monster is. He thinks it’s Keeping Up with the Kardashians star Scott Disick. In a never-before-seen clip for Wednesday, March 17’s new episode, the comedian is certain that Grandpa Monster is part of the Kardashian-Jenner clan. As always, he’s certain about his hunches even if they don’t make sense.

However, fellow judge Jenny McCarthy isn’t sure about Ken’s guess. But Ken is adamant and he doubles down. The Hangover star noticed something in the clue package that even viewers at home may not have noticed. Read on to see why he thinks it’s the reality star.

The actor explained why he thinks Grandpa Monster is Scott Disick. In the clue package, Ken noticed that the contestant mentioned the MTV show Punkd. For some reason, The Masked Singer judge recalls when Scott was on a previous episode of the prank series. As for clue 97, Ken joked that he “dates ladies before after 1997.” However, the judges and audience are not convinced.

Another teaser showed Grandpa Monster saying: “You’re never too told to slay.” But it doesn’t sound like a catchphrase that the Flip it Like Disick star would say. But the singing competition series is full of surprises. According to Fox, Season 5  contestants have “combined 26 Grammy Award nominations, nine multi-platinum singles, four Academy Award nominations, three Super Bowl appearances, six gold medals, and two world records.”

Tonight’s episode is not a repeat of last week. Instead, the Fox series will introduce the second group of hidden celebrities, including the Black Swan, Chameleon, Phoenix, and The Piglet. Last week’s episode confused everyone when Kermit the Frog was revealed as the Snail. Fans are hoping that there won’t be any more twists like that this season. Others feel that Kermit got robbed.

The Masked Singer fans place bets on the Black Swan

People already have an idea as to who the Black Swan is. Based on the clues alone, fans of The Masked Singer are certain that it’s a woman. Their costume features black sparkly feathers and red accents. It could be someone who’s involved with the theater. And the trailer showed that the voice behind the mask could be a woman’s voice.

Due to the preview, many viewers are convinced that the Black Swan is JoJo Levesque. However, on Twitter, some think it’s Stevie Nicks, because of the singer’s raspy voice. Of course, there are some who think it’s Natalie Portman, who starred in the dark drama, The Black Swan. Other guesses include Darcey Bussell from Strictly Come Dancing or Bella Thorne’s sister Dani Thorne.

During Season 3 of The Masked Singer, the Swan was revealed to be Bella Thorne. The Black Swan has some wondering if she has any relation. Fans will keep guessing tonight. When it comes to the Black Swan and Grandpa Monster, fans will have to wait and see.