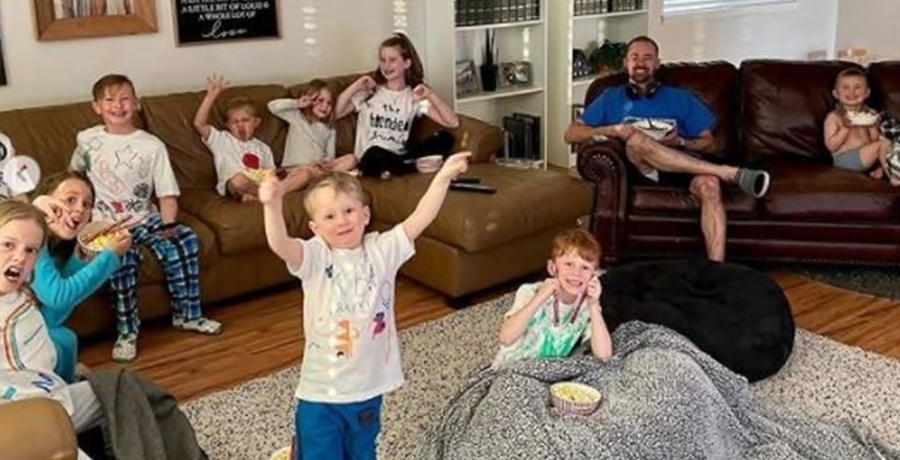 The Blended Bunch premiered and fans saw a lot of what they already expected from the teasers. Of course, it’s a sad story and a brave one. Plus, Quinn, Erica Means’ brother adds some tension to the family dynamic. However, judging by fans who commented on the first episode, they didn’t expect so much fun and laughter. In fact, many of them agree that the kids in the Shemwell family are hilarious.

The Blended Bunch premiere unexpectedly funny with the kids

The TLC show reveals that Spencer Shemwell met Erica Means through an online widows’ support group. Sadly, they each lost their respective spouses. Aimee, Spencer’s wife died in a car accident. And, Erica’s husband Tony died from brain cancer. The deceased spouses left behind 11 kids between them. Now, Erica and Spencer marry and the kid all become part of one large family. We reported that naysayer Quinn, Erica’s brother hates the idea of the adoption of his nephews and nieces.

People Magazine said that Quinn feels suspicious of Spencer. It seems like The Blended Bunch dad just wants Erica to babysit his kids. Quinn feels some concern as Erica seems rather stressed by all the kids. When Quinn and Erica went shopping with all the kids, he asked his sister how she copes. She admits it’s exhausting and not always a lot of fun. However, fans think that the kids are huge fun and many of them love the hilarity that goes on. They admire the way Spencer and Erica raise the kids, obviously, but they laughed at the kids so much.

TLC fans talked about all the kids in the family

When The Blended Bunch aired, the family’s Instagram account, Shemwell Bunch shared photos from the show. The caption read, “It’s show time!!! Who’s loving it so far?!?” And yes, a lot of people said they loved it and can’t wait until next week’s episode. In the comments section, many fans spoke about the kids being funny. Here’s what some of them said:

Interestingly, The Blended Bunch also brought some comments on Twitter about the funny kids and the general fun. Bear in mind that the Twitterati tend to be way more critical than Instagram fans.

Over there, one TLC fan commented, “I love this family #theblendedbunch The kids are hilarious and so strong after all they’ve gone through!!!” Meanwhile, another one wrote, “#TheBlendedBunch is super funny so far. “Dat one and dat one.” That fan also put up three rolling on the floor laughing emojis.

I love this family #theblendedbunch The kids are hilarious and so strong after all they’ve gone through!!! ❤️

Usually, critics also come along and some of them slammed The Blended Bunch parents Erica and Spencer for rushing into their marriage. Did you find the show unexpectedly fun? Sound off in the comments below.

Get To Know ‘The Bachelor’ 2022 Clayton Echard
Did Erika Jayne Stage Her T.J. Maxx Shopping Trip? Some Fans Think So
‘My 600-Lb. Life’ Season 10 Release Date Confirmed: Sooner Than Expected
‘Teen Mom’: Farrah Abraham Continues To Follow In Kim Kardashian’s Footsteps
Disney+ Day Is November 12, All The Good Stuff You Need To Know